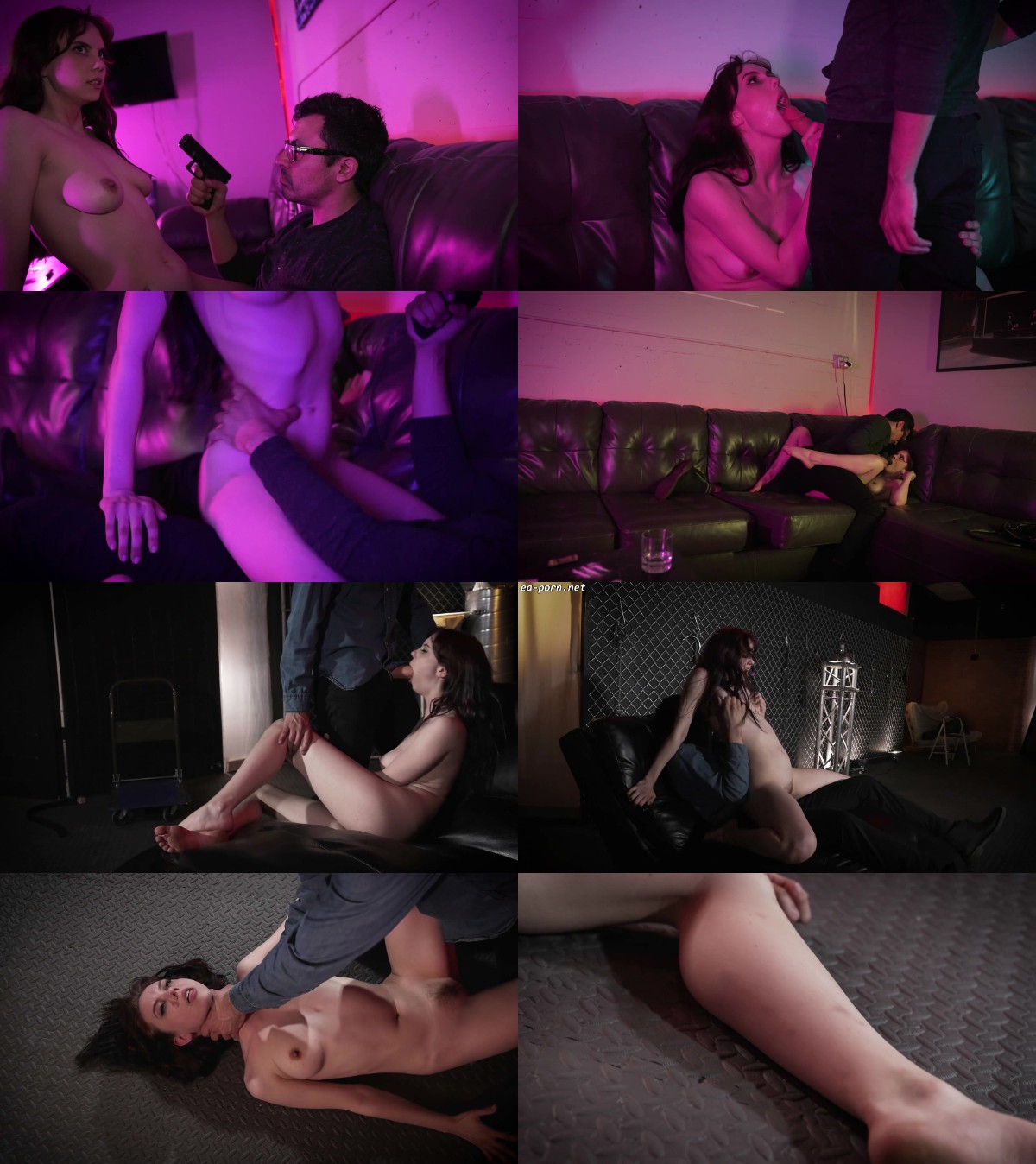 Starring Kayla Coyote
Natasha had infiltrated the nightclub and was having special audience with the owner…a private meeting where she tried to pry for information about he missing girls. But even after all the drugs he had consumed, he was way to alert, and had her at gunpoint. He forced her to strip and give him a sexy couch dance. When she tried to get the upper hand, he turned mean, forcing her to suck his cock, then raping her. She only managed to escape by sheer luck.

Days later, she approached him unaware, attacking with stealth and attempting to beat him to a pulp, but he quickly gained control, forcing her to the ground, stripping off her uniform and humiliating her.

He forced himself into her mouth again, fucking her throat until he was satisfied, then taking the notorious agent right there. He fucked her hard and good until loosing his load deep in her cunt.

This would be the end of Natasha’s story he told her as he wrapped his hands around her supple neck and started strangling her. Hard to beleive she had survived all these year and the bane of everyone existence. In the end, she was easy to kill. He left her discarded corpse on the cold floor. He would have her body incinerated later and there would be nothing left of this s0-called Black Widdow.

Note: Actresses are over 18 at the time of filming and the word “teen”, “teenage”, “young girl” is only meant to imply legal age characters regardless of audience interpretation.
tags:superheroines fetish,superheroine porn,humiliation,superheroines adult movies,forced sex,snuff,death fantasy undercover,gun point