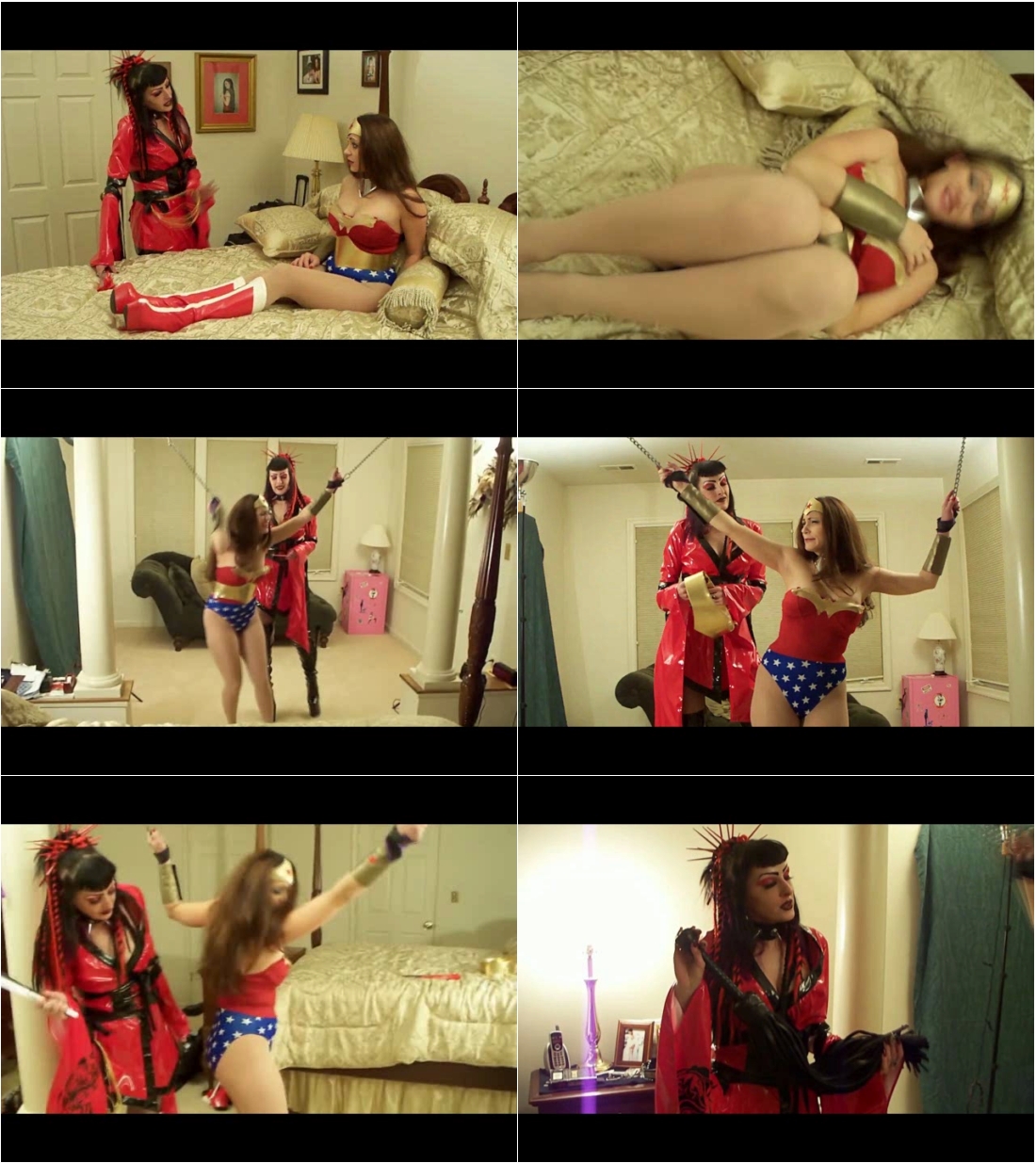 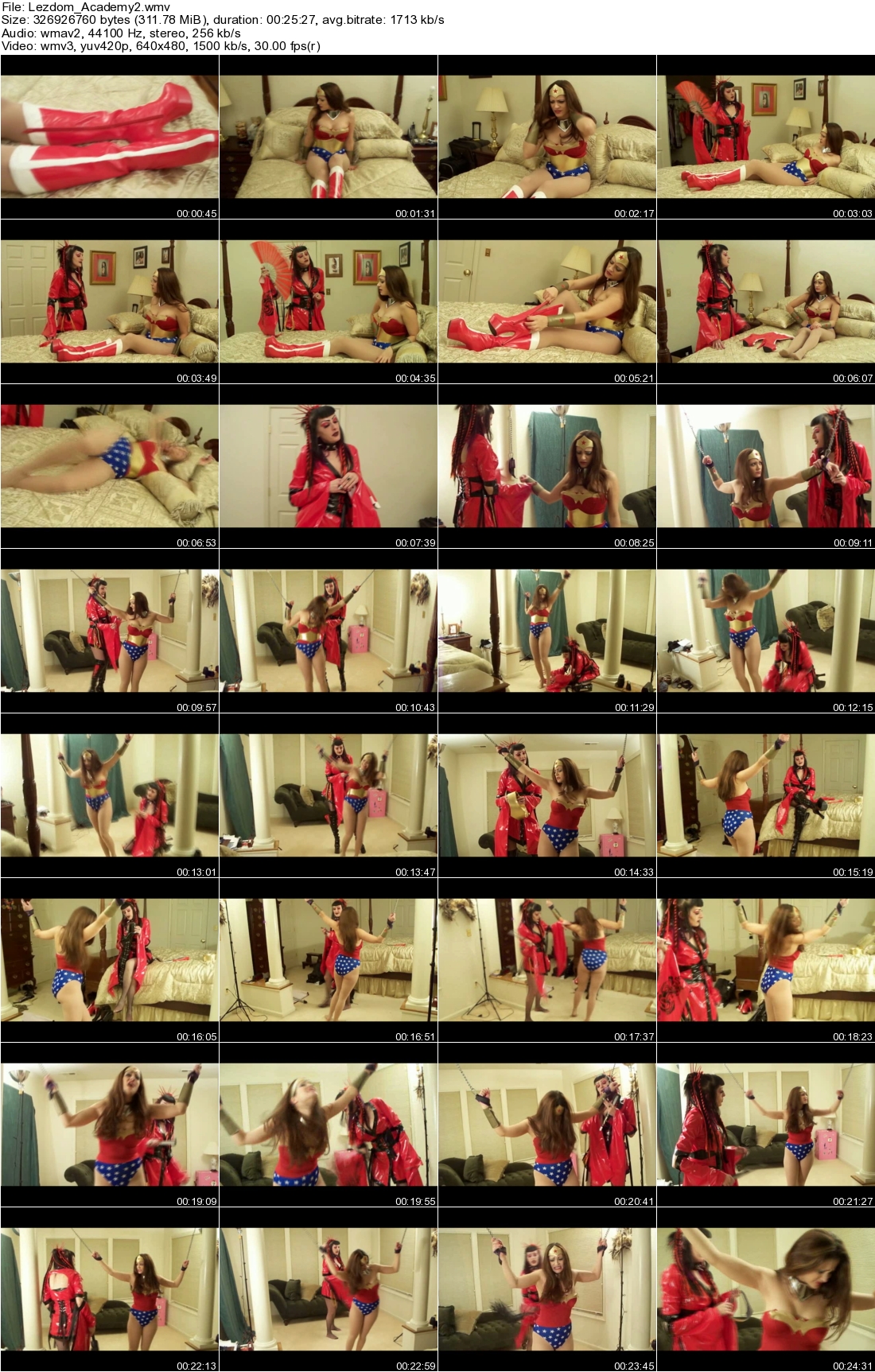 Part 2 or 3 “The Academy” The Blackmail and training of Wonder Vivian. , and London Shadows Waking up in lying a crossed a bed in a strange place, Wonder Vivian quickly feels over all her power items to find her lasso missing and there’s a strange large metal collar of some sort around her neck. As she tries to take the metal collar off a jolt of electricity runs right through her! Mistress Nixxs checks up on her new student and lets her know that she took her ID from her purse and had many copies of it made. If Wonder Vivian does not comply with Mistress Nixxs she will send off my identity to every known part of the world, by every media possible! First she asks for Wonder Vivian’s boots, reluctantly she is forced to comply, taking off each boot one by one. Next Mistress Nixxs shows a little power play by activating the metal collar around Vivian’s next, electrocuting her for bit, leaving her a bit weak, but showing who’s boss. Wonder Vivian is forced to play an evil game of give and take. Mistress Nixxs gives Wonder Vivian a form of torture, Until Wonder Vivian asks Mistress Nixxs to take one of her power items. She starts off with something simple, like a good tickle torture, followed by swats a crossed the butt with a metal chines fan, and finished off with a nice very large heavy flogger! Each time, Mistress Nixxs will not stop until Wonder Vivian bags or asks to have her power belt, bracelets, and tiara off. It’s all in the breaking down of Wonder Vivian! Video includes: Spandex, Pantyhose, Boots, PVC, Costumes, Tickling, Restraints, Swatting on the butt, Large Leather Flogger, De-Booting, De-empowerment, Blackmailing, nails on legs tickling, under the arms and feet tickling,
Category: SUPERHEROINES
Related Categories: CORPORAL PUNISHMENT, DOMINATION, PANTYHOSE/STOCKINGS, PADDLING, TICKLING Keywords: subbing, redhead, boots, flogging, spanking, tickling, flogger, feet, soles, pvc, vivian ireene pierce
tags:superheroine,superheroines,lesbian domination,lezdom,story line ,storyline,froced orgasm,submission,humiliation,super hero, super heroines ,superheroines porn,superheroines adult movies,wonder woman