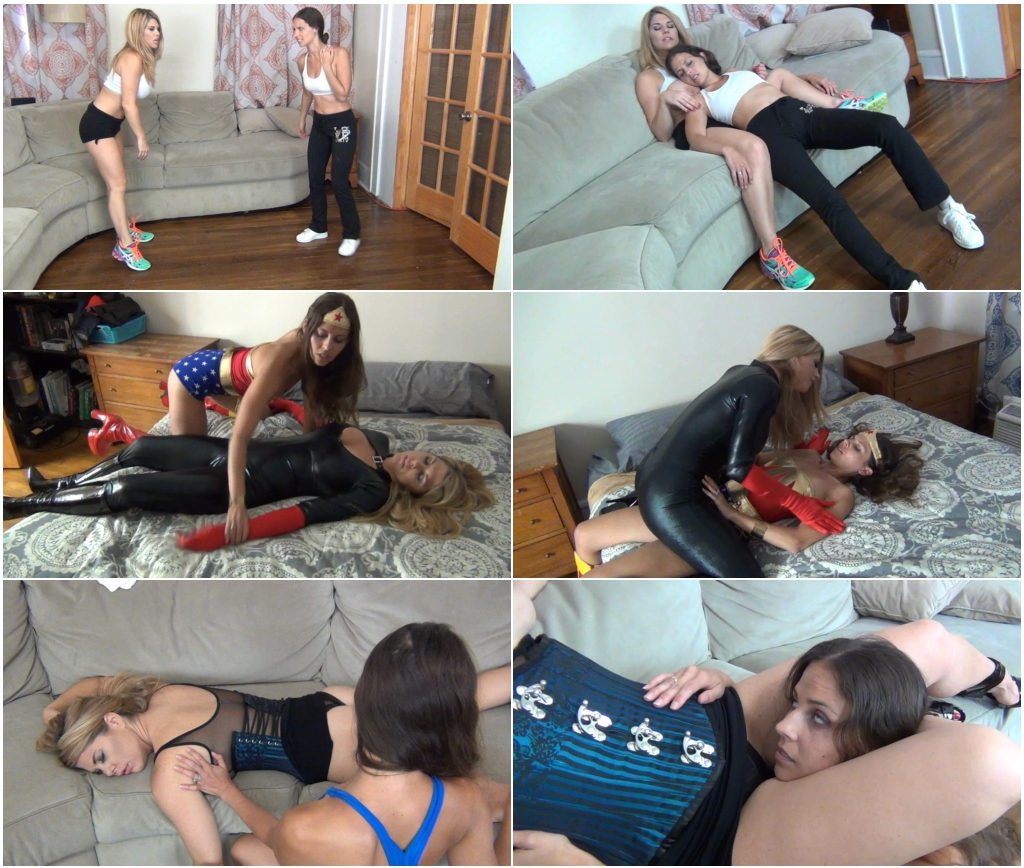 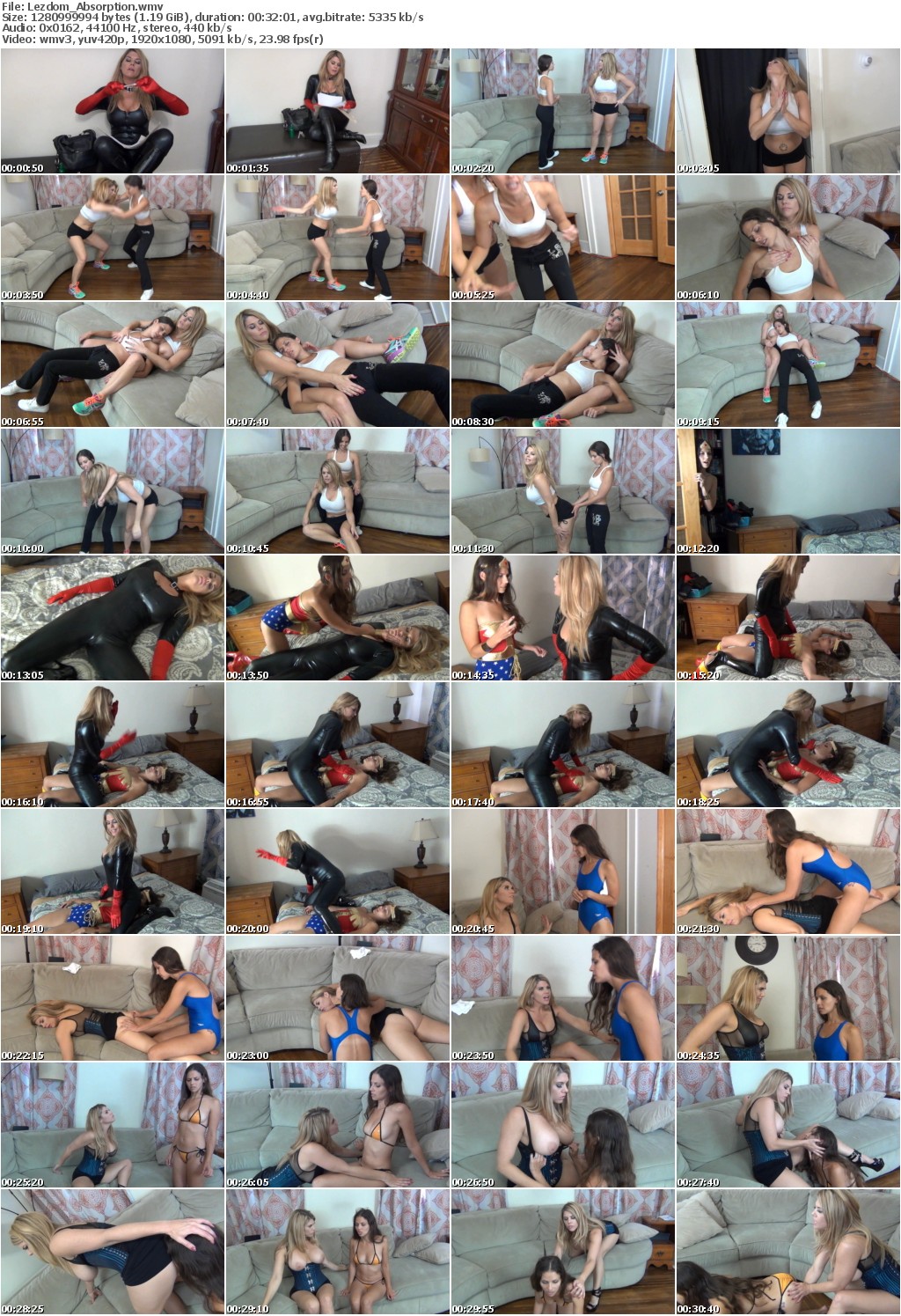 Carissa is working on some serious plans! We shall see what these are! She runs down a list of potions that she has in store for someone……We cut to a scene where she is meeting up with her new personal trainer.Her personal trainer’s TRUE identity is actually Wonder Gal, but she has no idea of Carissa’s plans. They discuss what kind of training is to be done, and each girl fires a snide comment at each other before Carissa excuses herself to the bathroom. She is the seen rubbing some of one of her potions onto her chest before getting ready for some wrestling moves.At first,Her trainer clearly has no problems handling Carissa. She soon finds herself getting weak and collapsing into Carissa’s chest! She obviously got a strong smell of whatever Carissa rubbed on her chest. Carissa lifts her shirt and cradles Wonder Gal’s head on her bare breasts and reminds her she will now be under HER spell every time she calls her “Wonder Slut”. She laughs maniacally and gives her another word that will keep her under her spell….. “Forget” She allows Wonder Gal to snap out of it and the girls quickly resume wrestling moves. After Carissa is practically knocked out in a hold, Wonder Gal announces the “training” session for today is over. Carissa then exposes her boobs and calls out “Wonder Slut” and she immediately falls victim to her spell.Wonder Gal snapping out of her trance and Carissa soon sneaking into her lair! Wonder Gal turns the tables on HER and sprays her with the special scent that puts her into a deep sleep! Wonder Gal then does a seductive pat down to make sure there are no weapons on her. Wonder Gal slaps Carissa a few times to snap her out of it. She then tries to re-spray her and nothing happens! Here Carissa was faking it! It’s her own pheromones! Carissa then snags the spray and gives a dose to Wonder Gal! She is out cold!! Carissa utters the words that keep Wonder Gal under her control! This is her ploy to have her give up the true identity of Thunder Thighs! Wonder Gal gives up her real name and Carissa then smothers her face with her leather clad butt! Carissa is now awaiting her massage. Carissa doesn’t realize it but it is Wonder Gal actually performing the massage! She relaxes Carissa and when the time is right, she covers her face with a rag! Carissa goes cross-eyed and she is asleep.Wonder Gal continues to massage her even as she is out and finds herself enjoying it. As Carissa comes around, the girls begin to kiss passionately and Wonder Gal finds herself,again, under Carissa’s spell. She is told to be a Good Wonder Slut and put on something sluttier! She emerges in a skimpy bikini and finds herself falling under Carissa’s seductive spell. She gets her face to fall right between her buxom boobs. She then pushes Wonder Gal down between her legs and when she gets her there, she puts her head in a leglock and slowly zaps her of her power!! As she finds herself drained of her Super Powers ,Carissa then shoves her face right into her ass and smothers her! When she is done , she asks Wonder Gal how she will take down Thunder Thighs(Nicole) and she explains a perfect plan! Carissa then rewards her compliant behavior by putting her on all fours and rubbing her pussy for her! She then gives her a smothering hand-over-the-mouth and Carissa then picks her up and throws her over her shoulder and carries her away!
Category: SUPERHEROINES
Related Categories: SUPER VILLAIN, FACE SITTING, WRESTLING, MESMERIZE, LIFT & CARRY
Keywords: carissa montgomery, cali logan, wonder gal, boots, scissorholds, trance, under a spell
tags:superheroine,superheroines,lesbian domination,lezdom,stroyline,froced orgasm,submission,humiliation,super hero, catfight,big tits,super heroines ,wonder girl,wonder woman