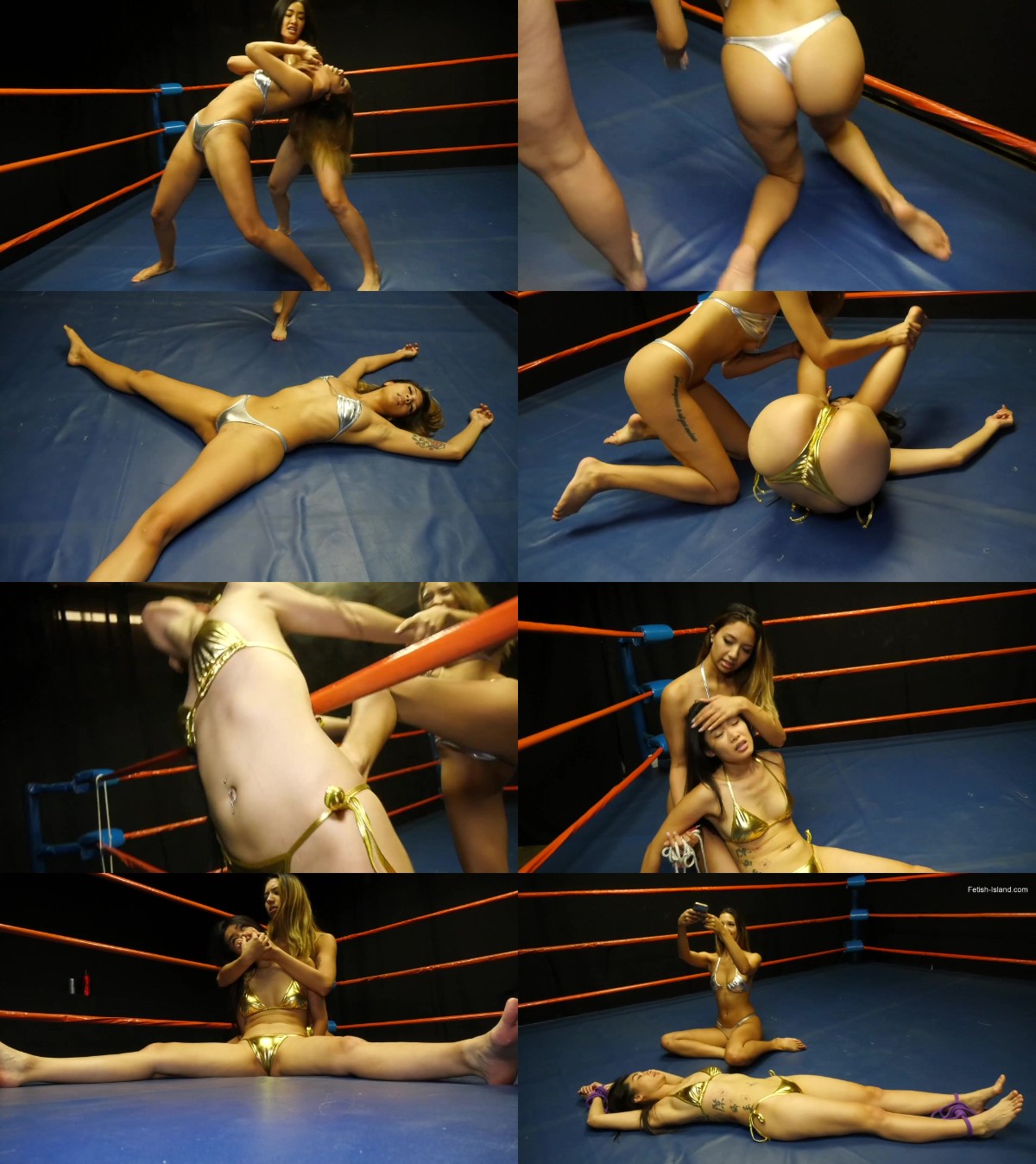 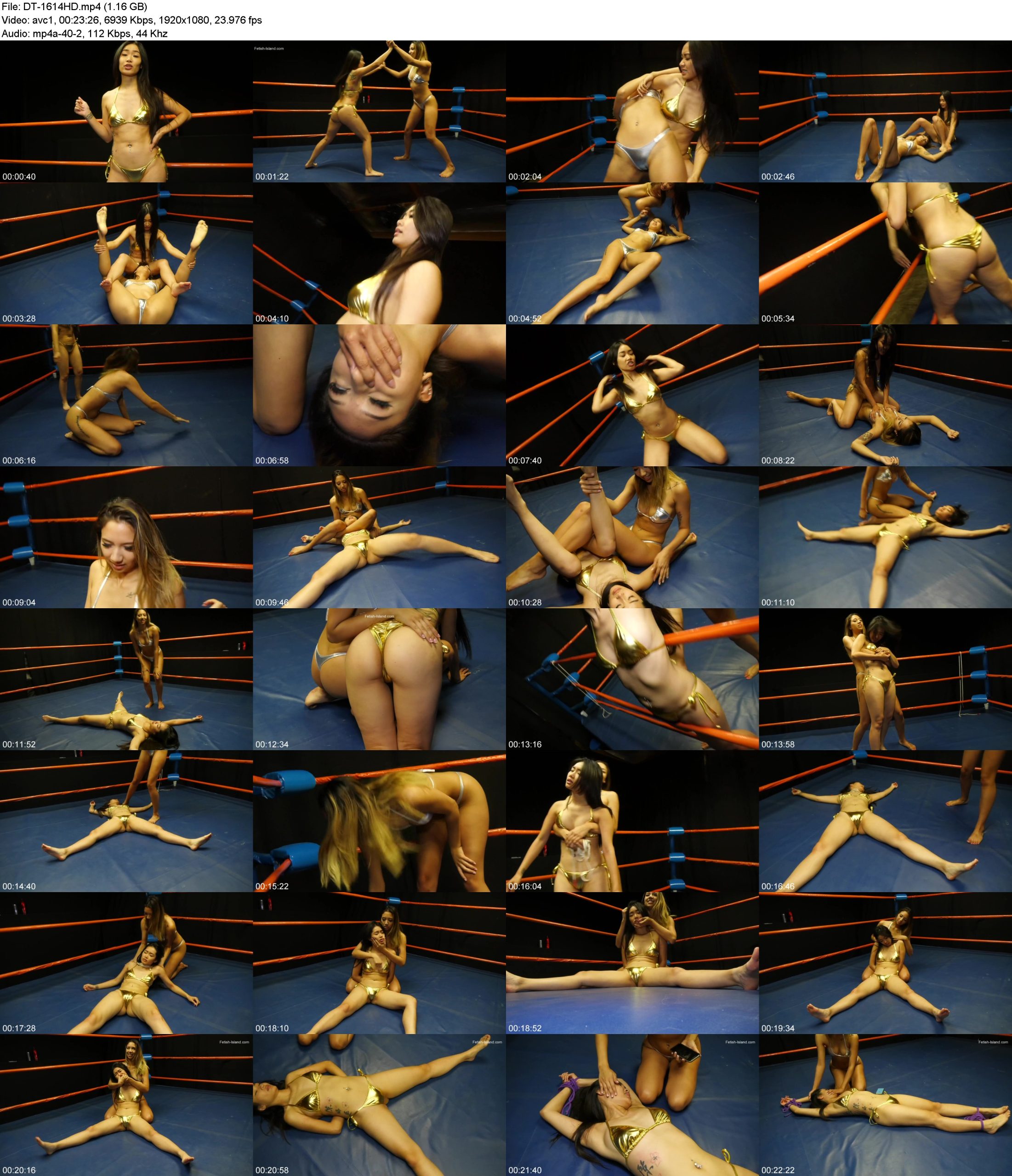 Kimora vs. Miranda
Miranda has been dating Kimora Quin’s boyfriend and she has recently decided that she will be taking him from Kimora. Miranda and Kimora agree to fight for him in the Double Trouble wrestling ring. Miranda is wearing a small metallic gold bikini, while Kimora is wearing a metallic silver bikini. There is a lot of bad blood between these two and when the bell rings, Miranda attacks with a ferocity that is seldom seen in our more professional wrestling matches. She quickly puts Kimora through a litany of chokes that leave Kimora near passing out within the first few minutes. Miranda then folds Kimora up like a pretzel with her legs behind her head and her pretty crotch and ass facing the camera. Miranda plays with Kimora for a while longer by stretching and twisting Kimora’s thin torso, but when Miranda finally goes for the pin, Kimora kicks out of it and reverses Miranda. Kimora mounts her attacker and breast smothers her with her perky natural tits. Miranda is completely dismayed. Kimora gets back at Miranda by putting her over her knee and spanking Miranda’s pretty little ass. Kimora reveals that she has hidden some rope under the ring. She retrieves it and then uses it to choke and tie up the helpless Miranda. If you want to see some pretty Asian girls be very naughty to each other, then you will appreciate this video.
tags:lezdom fetish,lesbian domination porn,catfight,submission ,humiliation,overpowered,facesitting,spanking