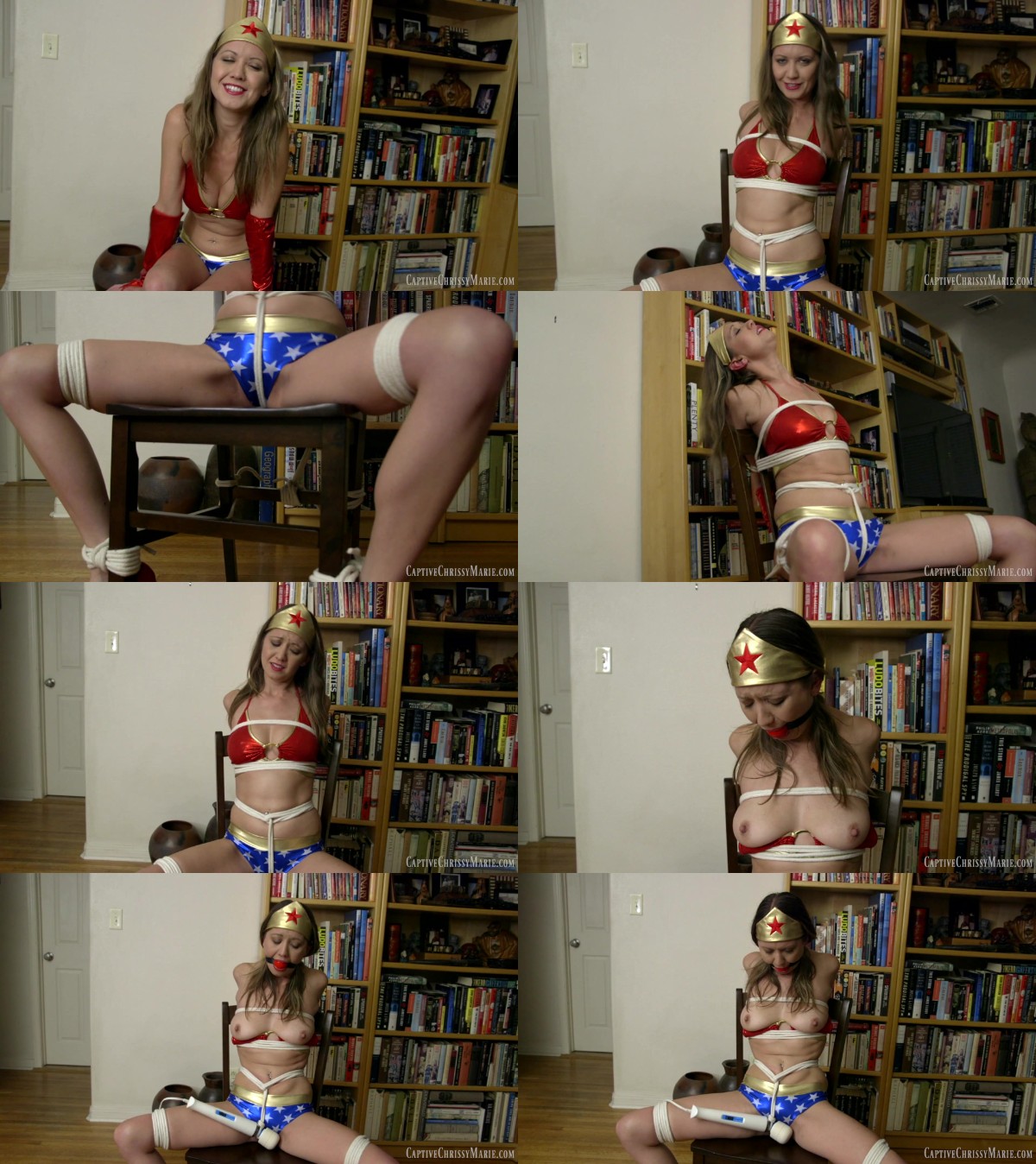 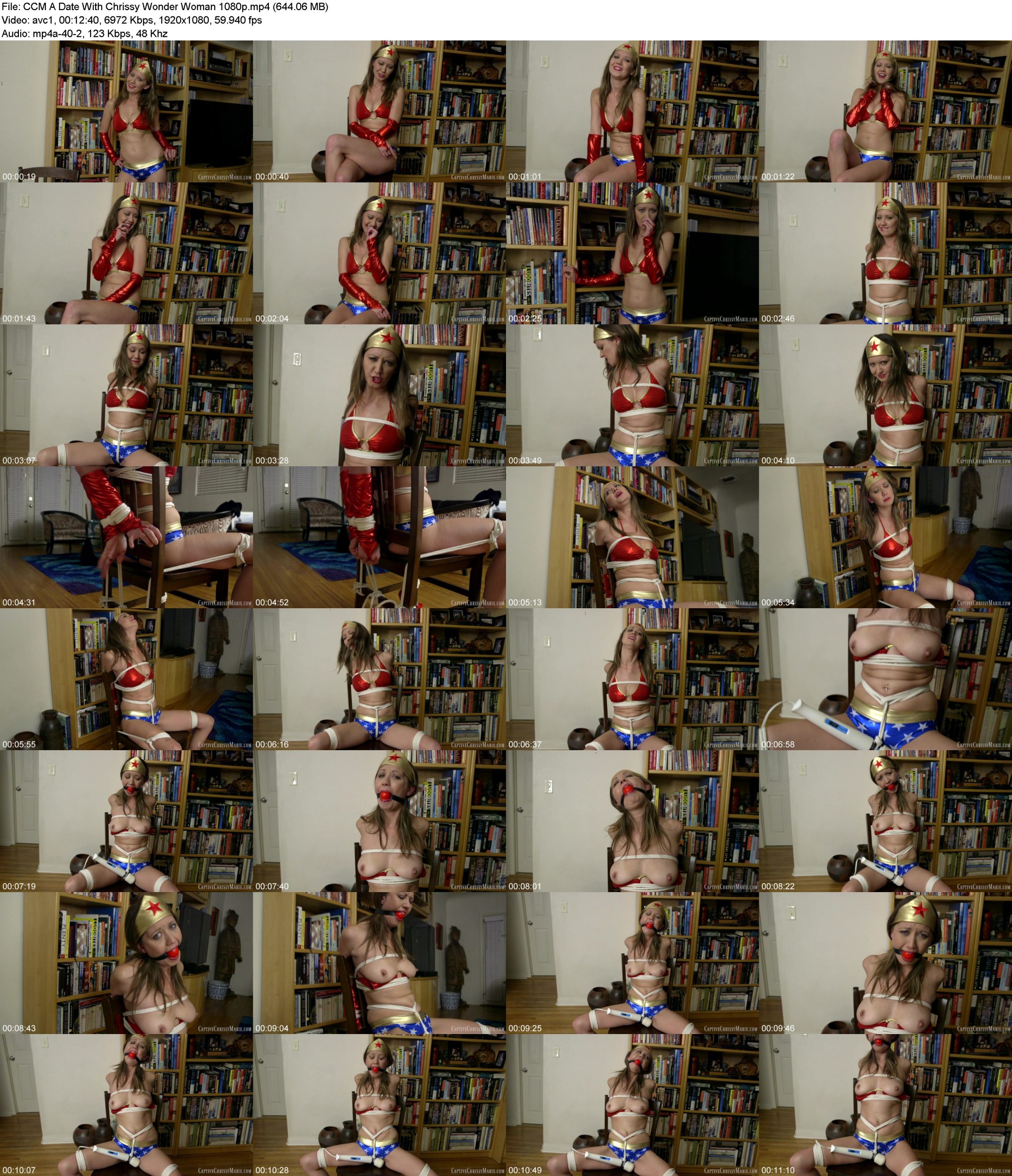 Wonder Chrissy enters the home of a lucky fan who has won the “Win a Date With Wonder Chrissy Contest” and congratulates him on winning the contest. She sits down across from him and talks about how it is nice that she can take a day off from patrolling the streets and fighting crime. She mentions that it’s always fun to be able to hang out with her fans and this contest was a good opportunity to do so. However, she flirtatiously admits that one thing she will miss out on is getting captured by a villain and being taken advantage of. “Can you keep a secret? I actually love getting captured by villains. Sometimes, I’ll purposely walk right into their traps just so they will tie me up and torture me!” Wonder Chrissy is feeling especially frisky today as she continues to flirt ” So, I have an idea of how we can spend our time together. How about you be the evil villain that has captured poor little me? I think that would be a lot of fun.” Chrissy then gets up, raises her hands in the air and begins playing the role of a superheroine that’s just been caught by a villain. “Hmph! Looks like I fell into your trap, you evil villain…now what are you going to do to me.”

Wonder Chrissy now finds herself tightly chair tied with her wrists and elbows bound behind the back of the chair and her ankles and knees tied to keep her legs spread wide and her tight crotch rope in full view! She smiles, and squirms in the bondage, impressed at how well she’s been tied. “Hmmm.I wonder if you were hoping that this was going to happen.” she giggles as she playfully struggles for the fan. Then Wonder Chrissy really gets into role and acts like a captured, defiant superheroine while struggling furiously to escape. She tries with all of her might to break free but doesn’t make progress. She eventually gives up with a playful, exhausted pout. “Looks like I’m not going anywhere. So, now that I’m your captive what sort of evil plans do you have in store more me?” Chrissy gives one hard struggle, as she continues to play the role of a defeated superheroine.