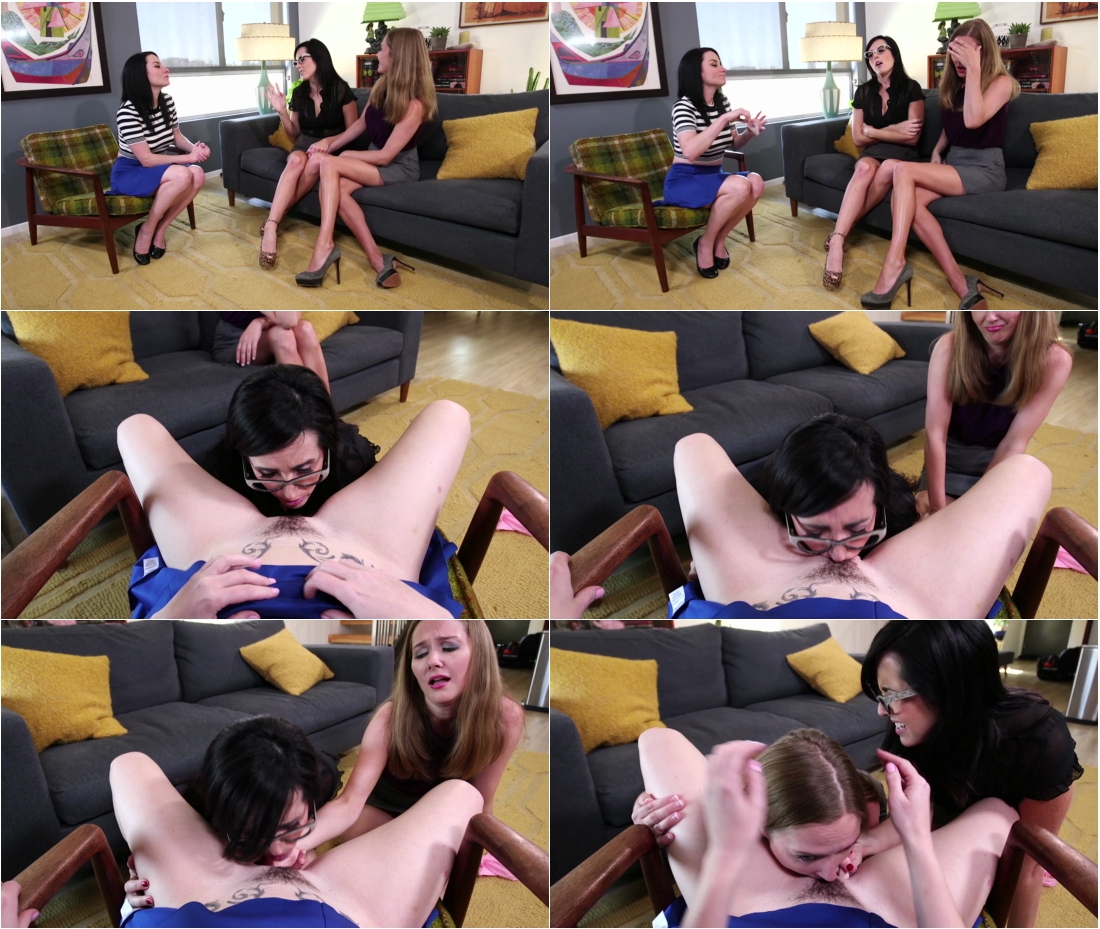 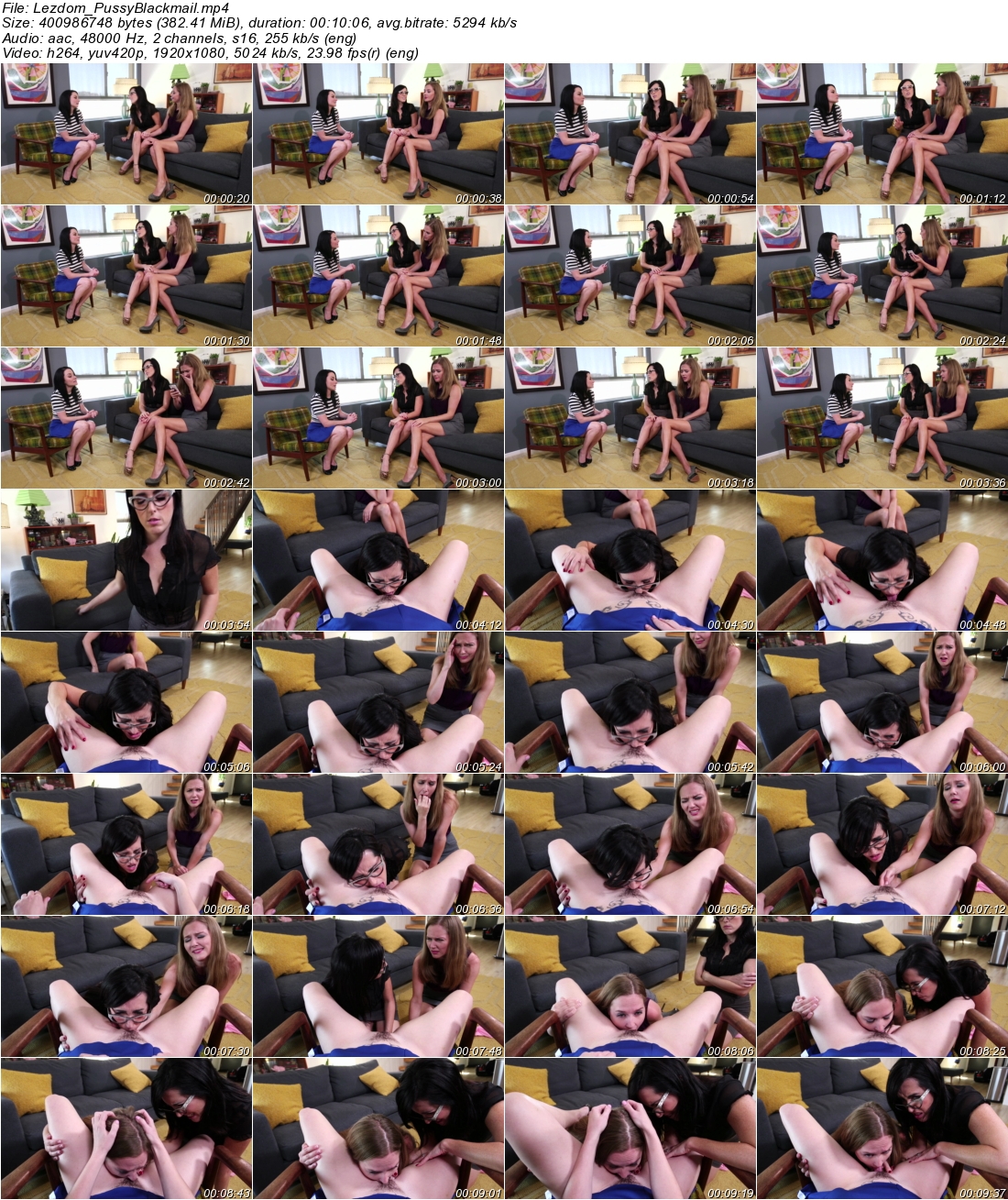 Veruca James, Star Nine & Dixie Comet
Veruca has been upset for quite some time for what Dixie had done to her and now she has the means for payback. Veruca finds out that Dixie in a relationship with Starthey also run a medical billing business together. Dixie has been making fraudulent claims and Veruca has evidence. Veruca can make it all go away if Dixie eats her pussy just like she was forced to do when Dixie previously blackmailed her. Dixie doesnt want to ruin her and her girlfriends life so she agrees. Veruca instructs Dixie to remove her panties and start pleasuring her. Dixie complains about eating her pussy as Star sobs in the background. Veruca is not satisfied with Dixies lackluster pussy eating and Stars crying so she makes Star finger fuck her while Dixie licks her clit. Dixie continues to complain about her jaw hurting. Annoyed, Veruca forces Star and Dixie to switch roles.Dixie finger fucks Veruca as Star licks her pussymaking her cum. Getting what she wanted and humiliating Dixie, Veruca agrees the files will be deleted.
More formats available
Category: LESBIAN DOMINATION
Related Categories: LESBIAN, FINGER FUCKING, BLACKMAIL FANTASY, THREESOMES, PUSSY EATING
Keywords: pov, female domination, revenge, oral sex, humiliation, veruca james, star nine
tags:lesbian domination,lezdom,story line ,storyline,froced orgasm,submission,humiliation,pussy eating,pussy licking,lesbian pov