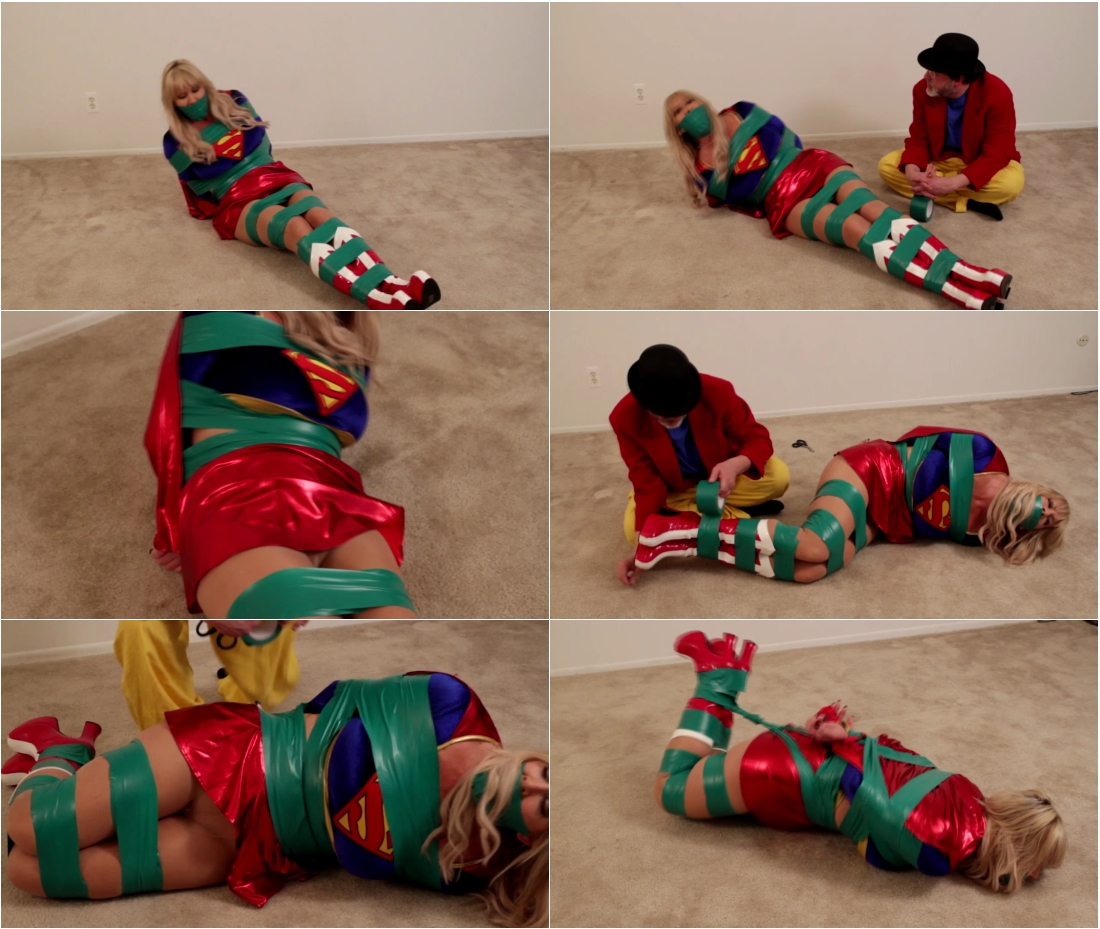 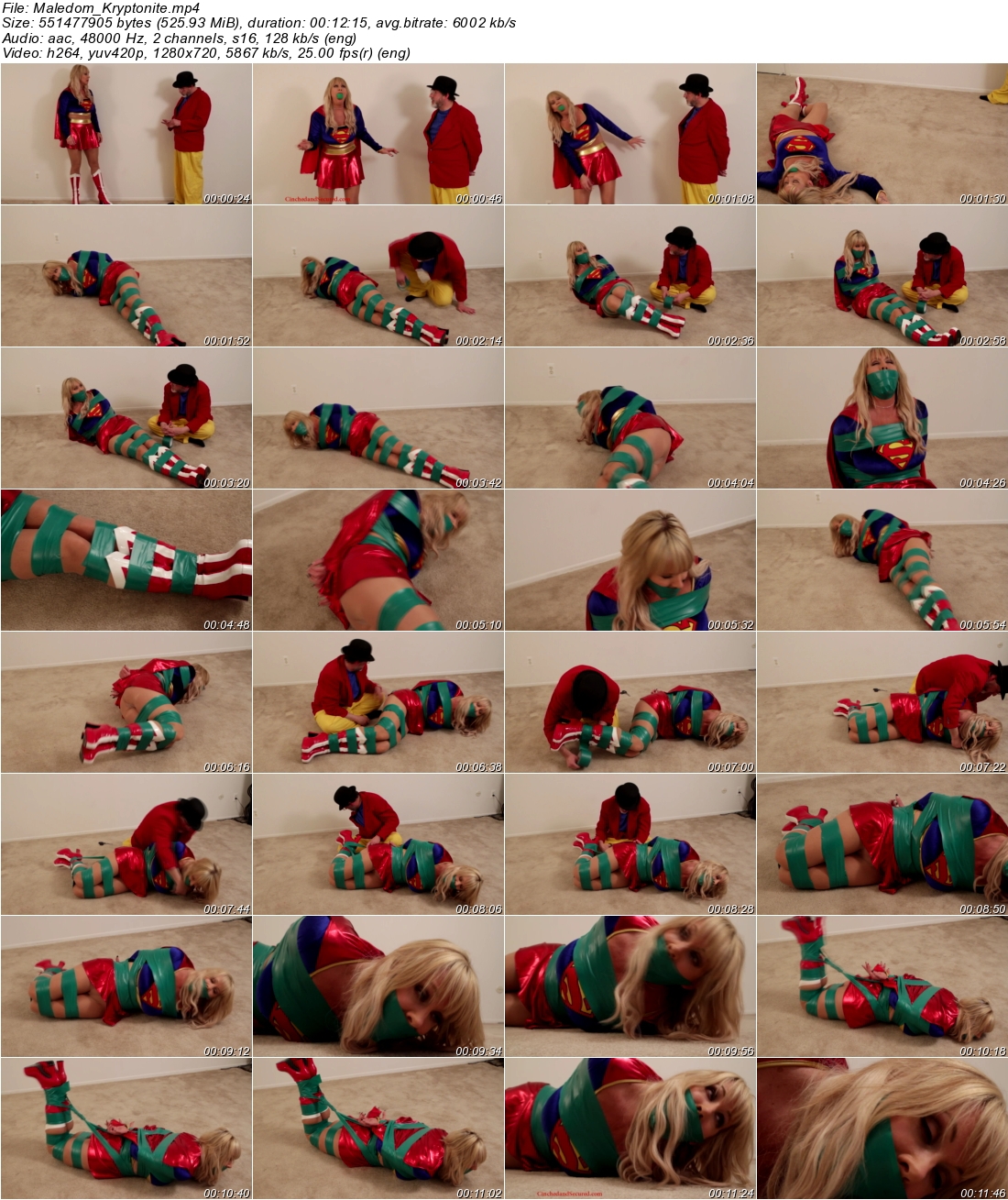 Bondage, Superheroines
Dr. Primary has been making all the super-heroines in Gotham disappear. After Wonder Woman went missing, Supergirl decided it was time to confront the evil genius and coerce him to reveal what he did with the helpless Amazon. Unfortunately for Supergirl, Dr. Primary was ready for the visit, and before Supergirl can begin her dressing down, he shoots a diabolical pill directly into her mouth! In a matter of seconds, the candy inflates to mouth-filling size, completely gagging the girl! Worse still, it’s made from powdered kryptonite, and Supergirl grows weaker by the second, passing out at the mad doctor’s feet. When she comes to, she discovers the gag is still firmly in place, sealed there with an evil green tape. More of the sticky bands imprison her body. Supergirl tries to escape, but in her weakened state, the bonds are unbreakable. Her fate is even worse than she imagined, for the tape is Dr. Primary’s special Kryptonite Constricting Contractor’s tape! As Supergirl struggles and her body temperature rises, the tape will shrink, growing tighter and tighter until the helpless heroine is crushed! Dr. Primary leaves her to her doom!
#Cosplay, #Damsel In Distress, #Struggling, #Superheroines, #Tape Bondage,
Tags:Maledom,Male Domination,superheroine,superheroines,Humiliation,storyline,story line,Mixed Wrestling,mixed fight,Submission,forced orgasm,super hero, superheroine porn,super heroines,superheroines porn,superheroines adult movies