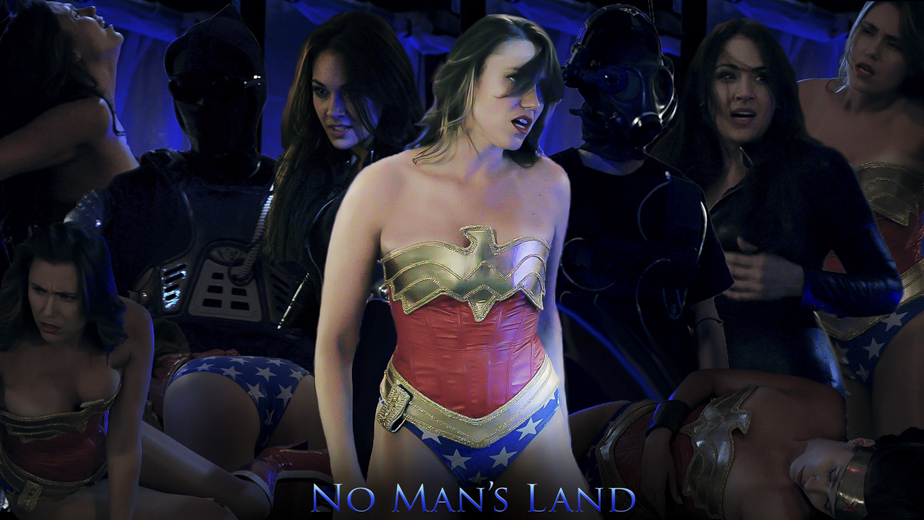 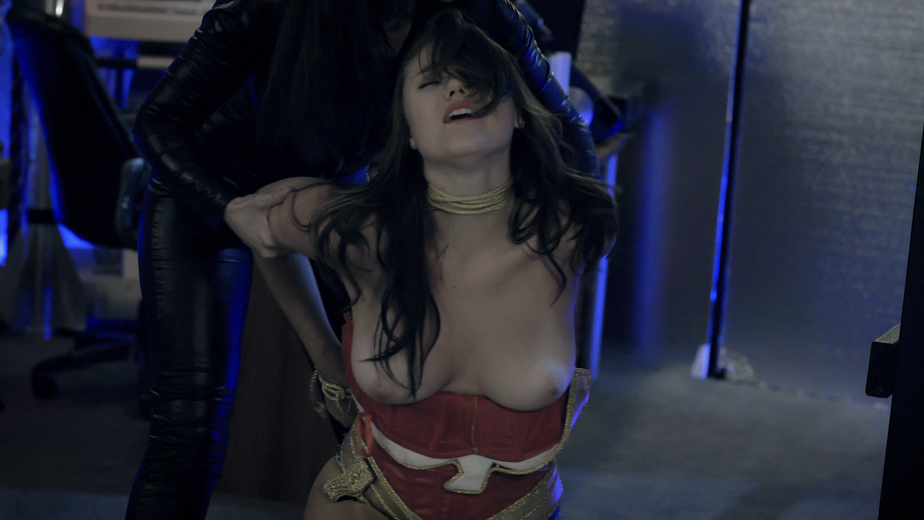 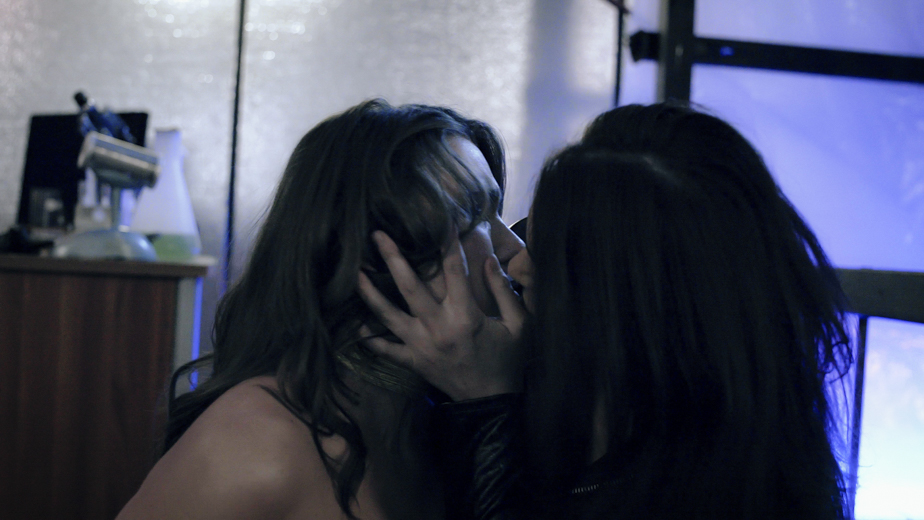 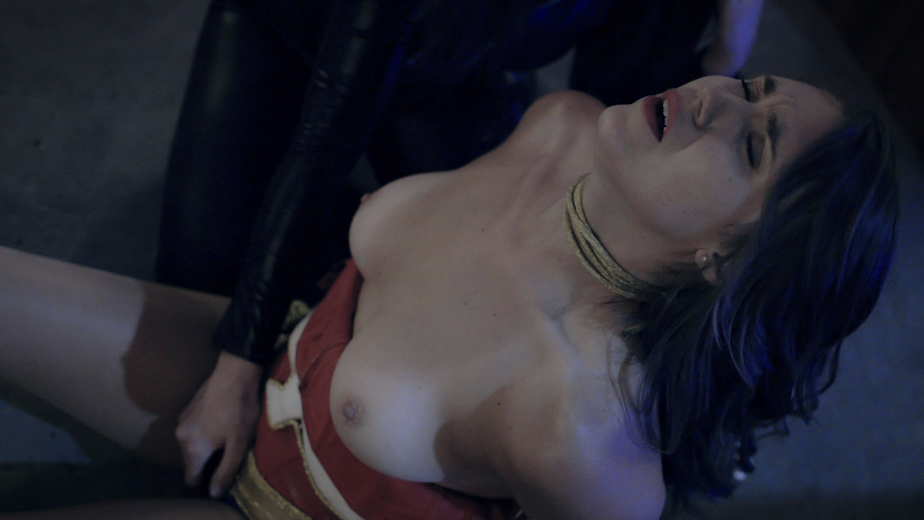 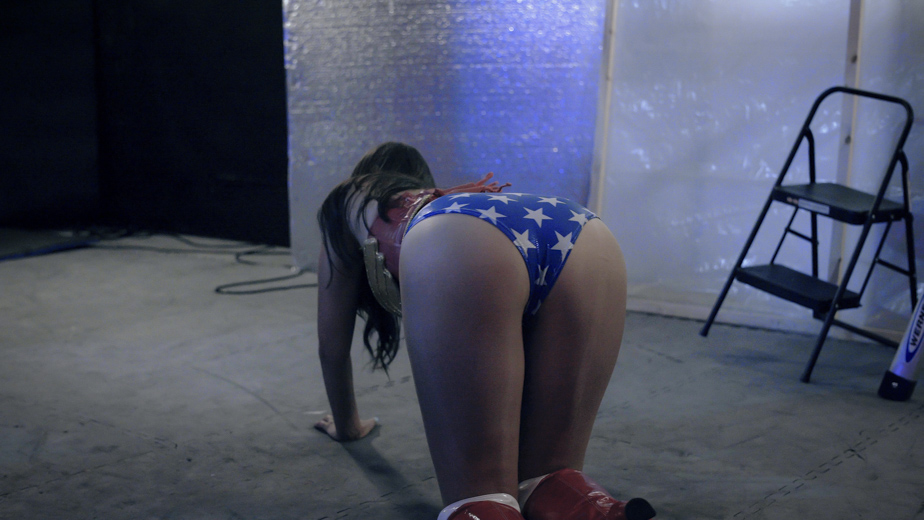 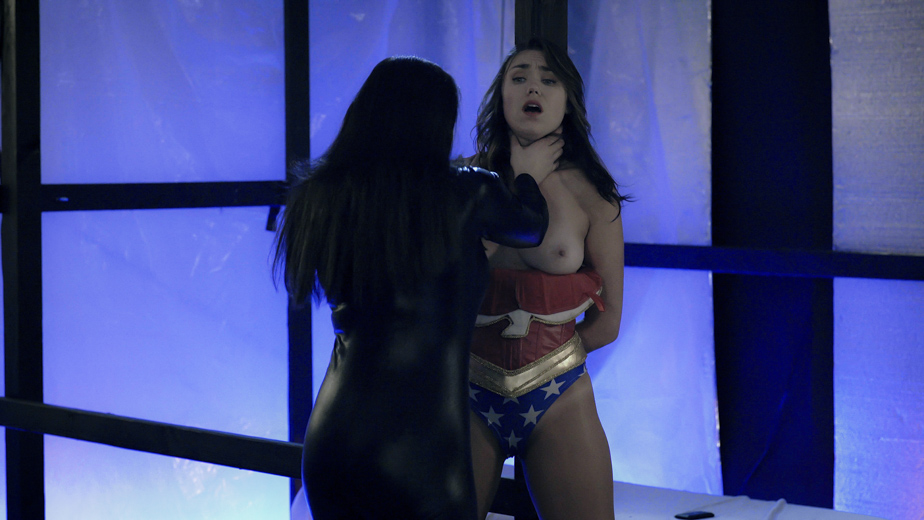 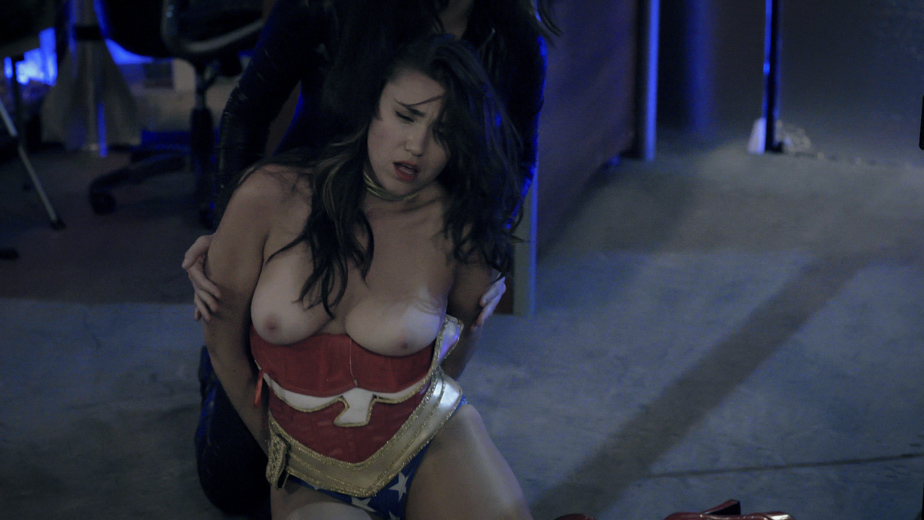 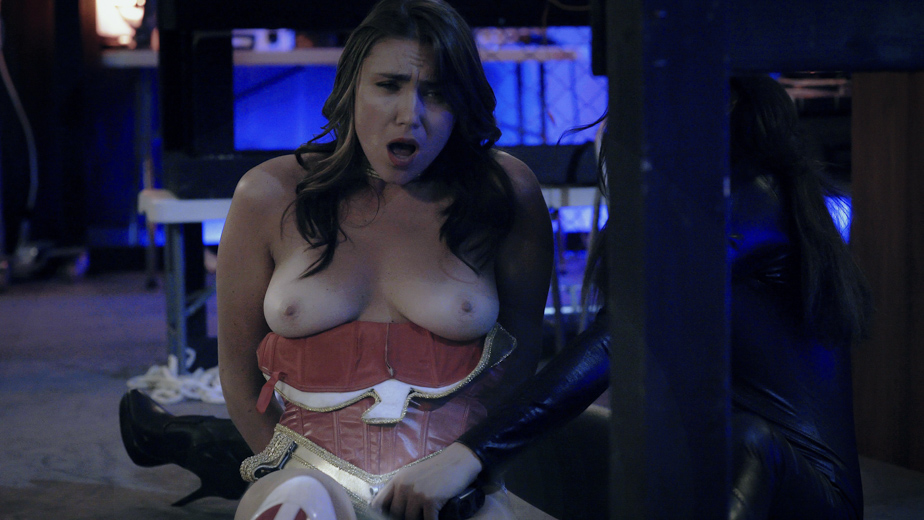 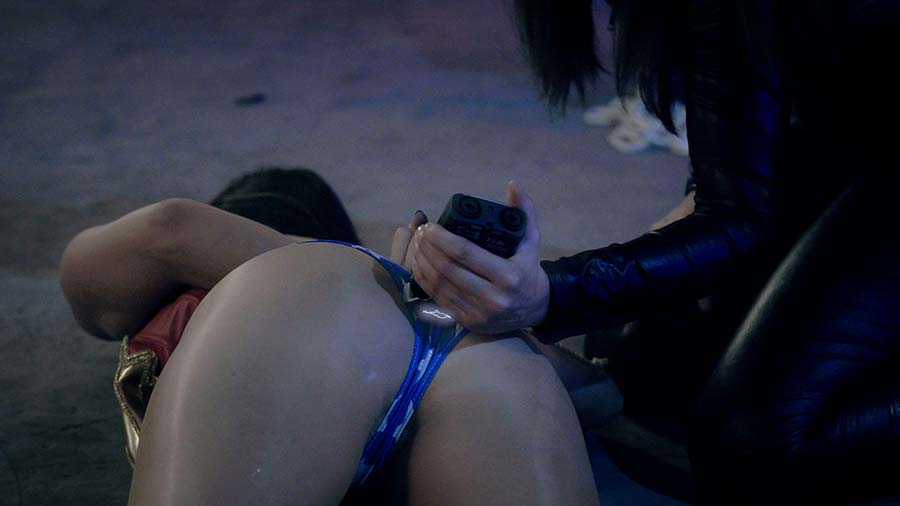 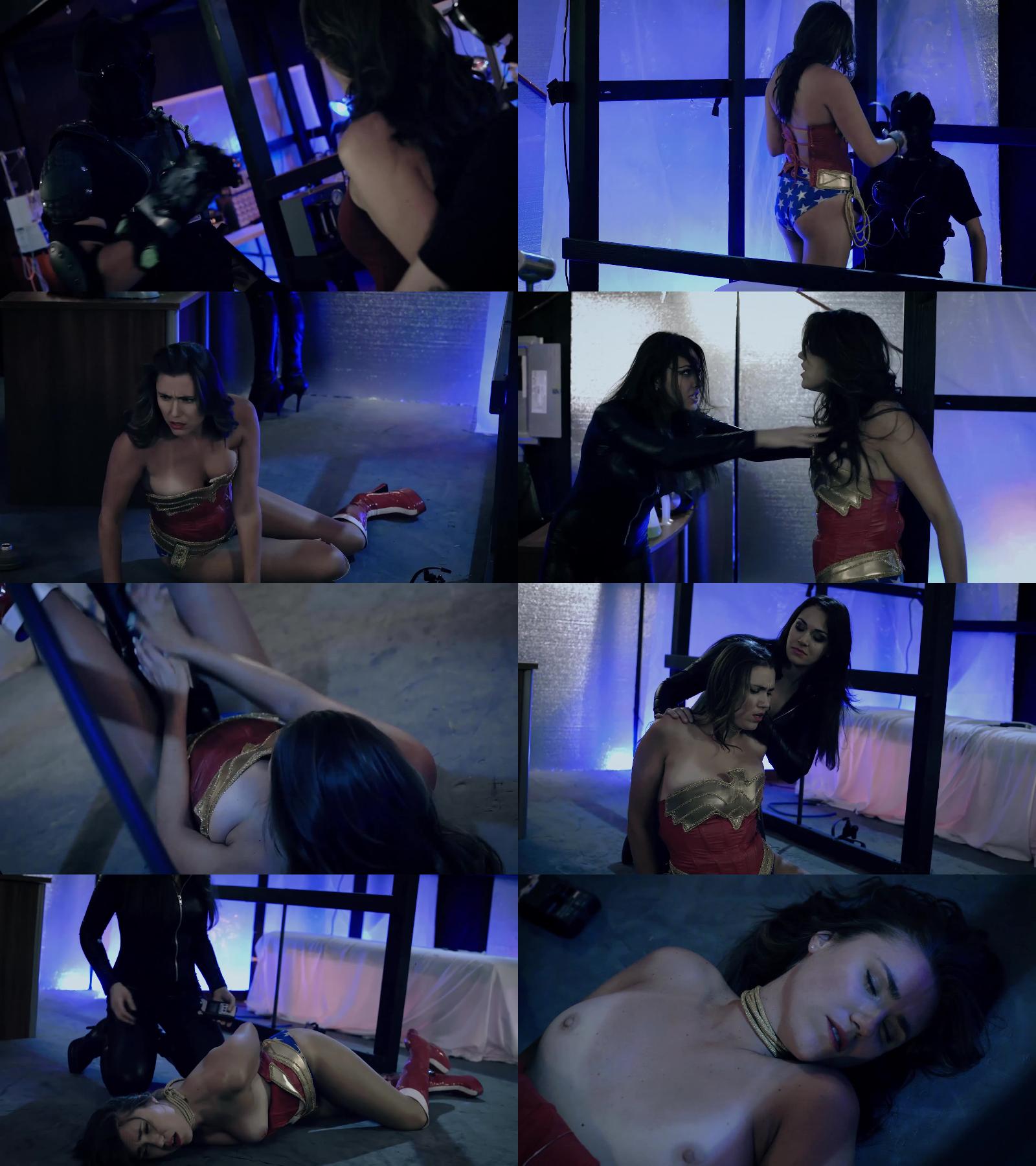 Contains: 2 on 1 male/female/female combat, 1 on 1 female/female combat, face punches, kicks, belly punches, body pans, low blows, transformation, energy effects from laser and punch from cyborgs, high powered taser used on neck and pussy, lasso used as a restraint, groping, repeated shameful forced climaxes administered by villainess as WW struggles but ends up not being able to prevent or resist Synopsis: WW has been called to a lab to rescue two hostages. She does so only to find it’s a trap. The hostages escape but 2 cyborgs are waiting to engage WW. She engages at first in plain clothes as she has been traveling undercover. As the cyborgs gain the upper hand, it becomes apparent she will need to transform to finish them off. Finding the opportunity, she does so and reengages. As WW, the cyborgs pose much less threat. As unexpectedly strong as they are, she eventually leaves them in a non-functioning pile on the floor. As she’s taking her victory lap, a puck shaped object is rolled into the room. It stops and emits an incredibly painful frequency which appears to be tuned specifically to WW. It’s not long before WW finds herself doubled over in full body excruciating pain. The woman behind the entire setup finally decides to make an entrance, cocky and satisfied that WW is exactly where she wants her. As WW struggles, our villainess wastes no time and produces an incredibly powerful taser. WW realizes she is in for way more than she bargained for and it’s clear the villainess has a nefarious and despicable agenda to act on. Find out what happens as WW finds herself in one of the most powerless and humiliating positions of her life.
tags:superheroine,superheroines,lesbian domination,lezdom,story line ,storyline,forced orgasm,submission,humiliation,super hero, super heroines ,superheroines porn,superheroine porn , superheroines adult movies,superheroines fetish,magic power,magic control,fantasy,lesbian sex,lesbian porn,lesbian bondage,,lesbian strapon,spanking,lesbian bondage,slave,slavery,mistress,enslavment ,catfight,cat fight,,female fighting,ring wrestling,female wrestling,Scissors,catfighting,cat fighting,catfight fetish,catfight porn ,facesitting,mind fuck,mind control,hypnosis,couple domination,mixed wrestling