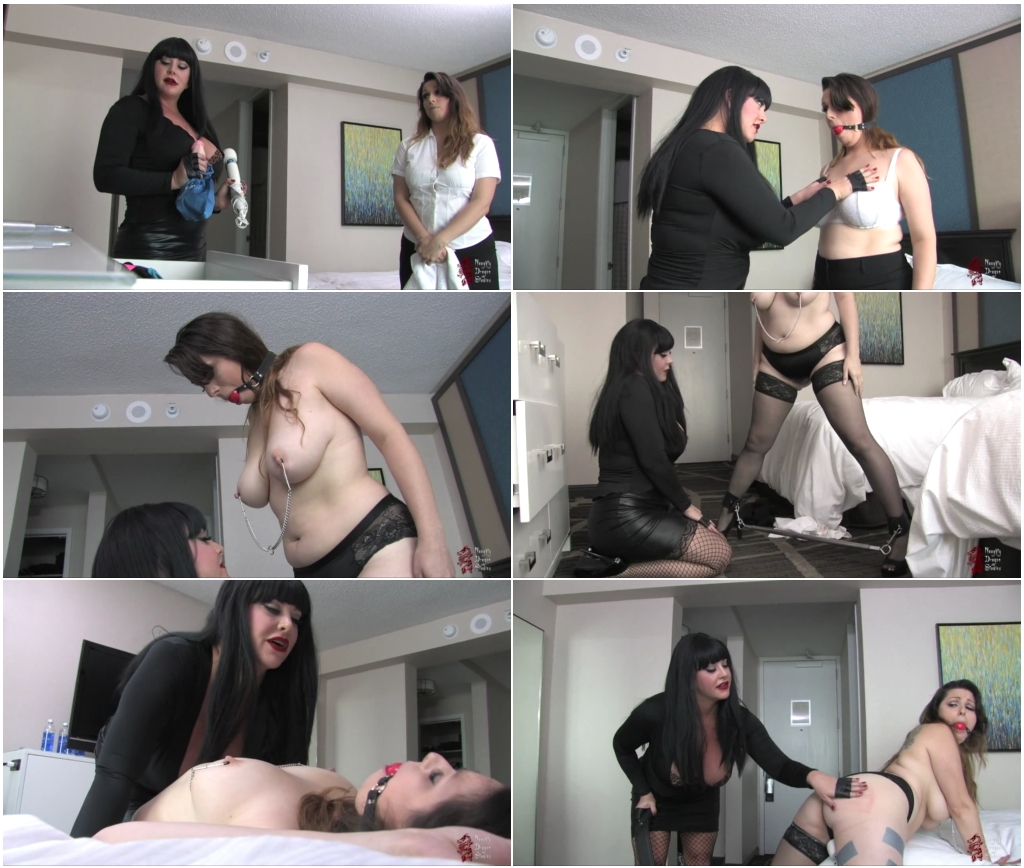 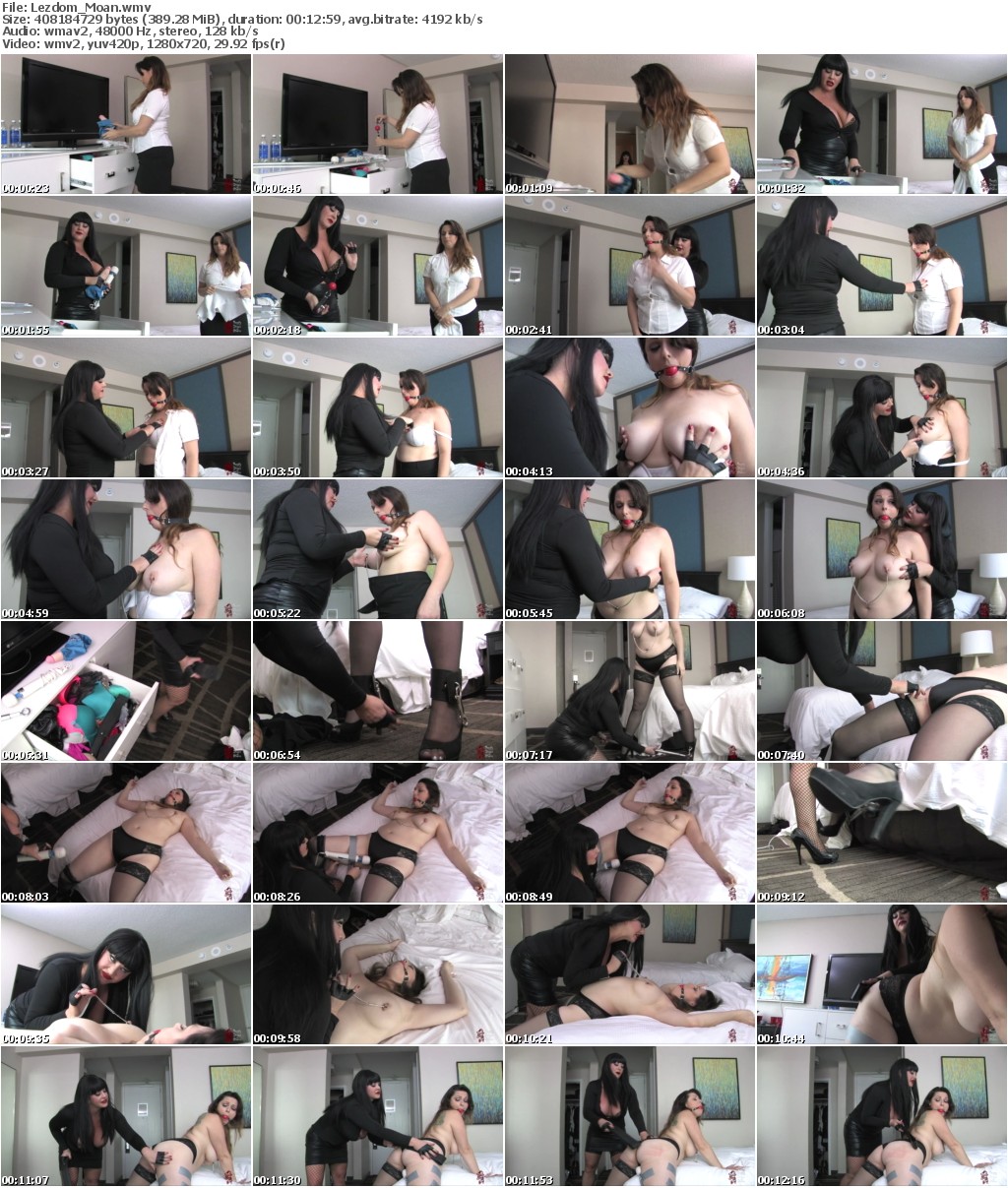 Sophia walks in to her hotel room and catches the cleaning lady going through her belongings. What the fuck are you doing, Sophia shouts? As she points to the drawer of assorted fetish gear, the maid says she has never experienced a fetish conference in her hotel before and was just curious about the assorted items and their use. Not an excuse to rummage through her personal items, Sophia feels she needs to teach this snooper a lesson.
You want to know what these are used for, Sophia says with a hint of evil intent and twinkle in her eye? The maid nods her head enthusiastically, excited at the prospect. Well, Sophia suggests, Ill SHOW you! And if you resist or report, Ill let hotel management know what you were doing in my room! With that, Sophia inserts the ball gag adding that this is to make sure she stays quiet. She circles the maid who is excited, yet fearful and commands her to slowly unbutton her top. Now the skirt. And finally the bra and panties.
Sophia cant help but notice her healthy rack and tests her new subjects acceptance of sensual breast play and the addition of nipple clamps. The maid winces at first when they are put on and then again when Sophia gives them a little tug. She grabs the baby oil and applies copious amounts of slippery lube to the maids ample breasts making them shine and glisten. Now its time for some REAL fun, Sophia chuckles.
With that, Sophia grabs the spreader and locks the maid in place. Grabbing the Hitachi, she tapes it in place on her thigh and turns it on. Forced orgasm, Sophia exclaims! The maid jumps with surprise, shock and pleasure. Her eyes widen and she is beginning to make some very loud noises from behind the gag. Its a mix of pain and pleasure. Sophia then moves to play with the nipple clamps as the Hitachi hums away on the maids pussy. The sensual input to her body is quickly reaching overload.
As the maids whimpers and then turning into heavy sighs and moans, Sophia knows she is primed. With one swift movement, Sophia bends the maid over and begins to apply lash after lash from her leather strap to the maids big bottom. You didnt think was going to be all fun and games for you, did you, Sophia barks? The maid yelps and squeals from behind the gag as Sophia exacts punishment for meddling
LESBIAN DOMINATION, CORPORAL PUNISHMENT, SPANKING, FEMALE DOMINATION, FEMALE TRAINING, FORCED ORGASMS
Category: CORPORAL PUNISHMENT
Related Categories: DOMINATION, FEMALE DOMINATION, FEMALE TRAINING, SPANKING, FORCED ORGASMS
tags:lezdom,lesbian domination , pussy slap,humiliation,submission,spanking,storyline,forced orgasm,ball gag,ballgag,big tits ,big ass,maid