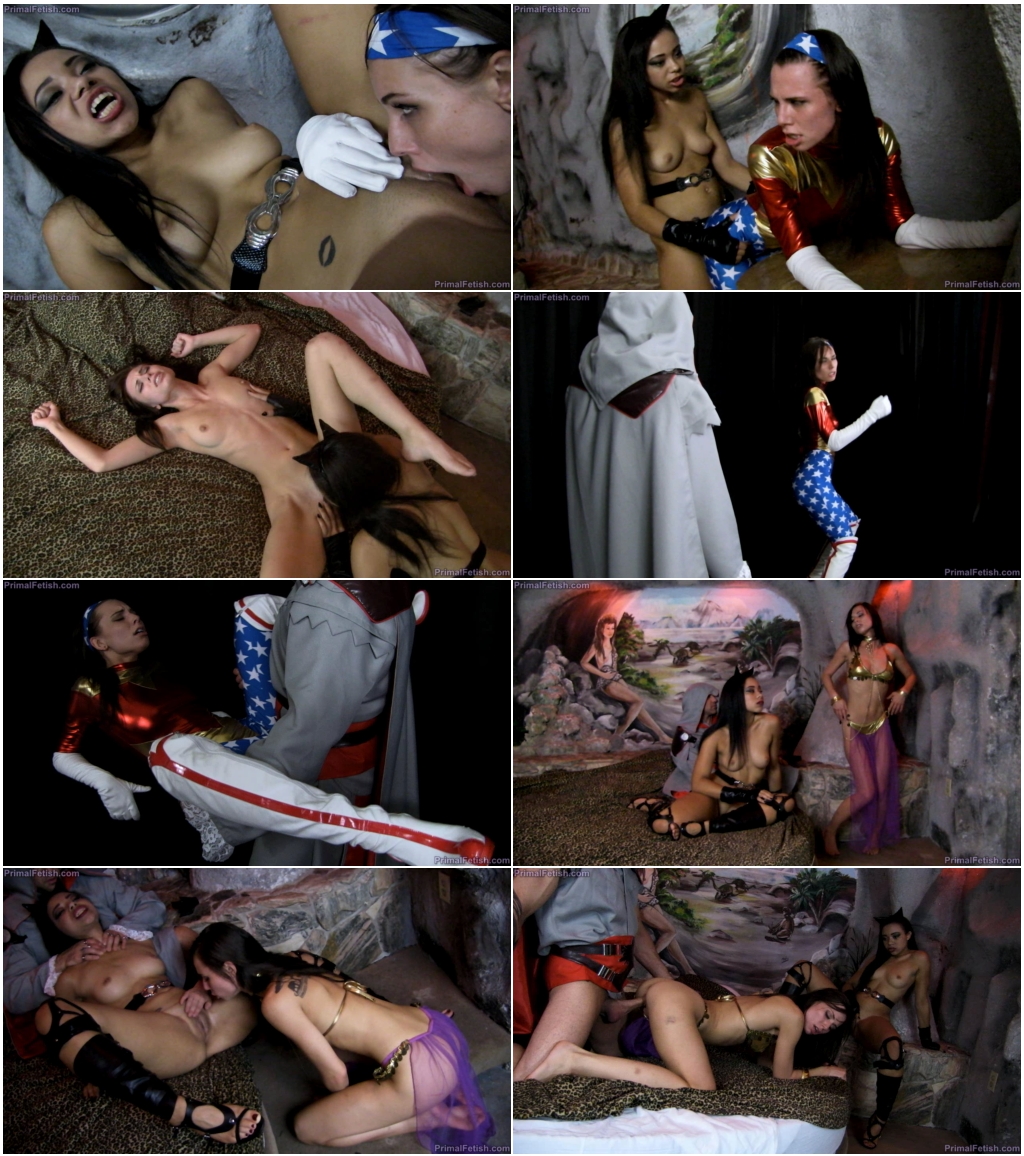 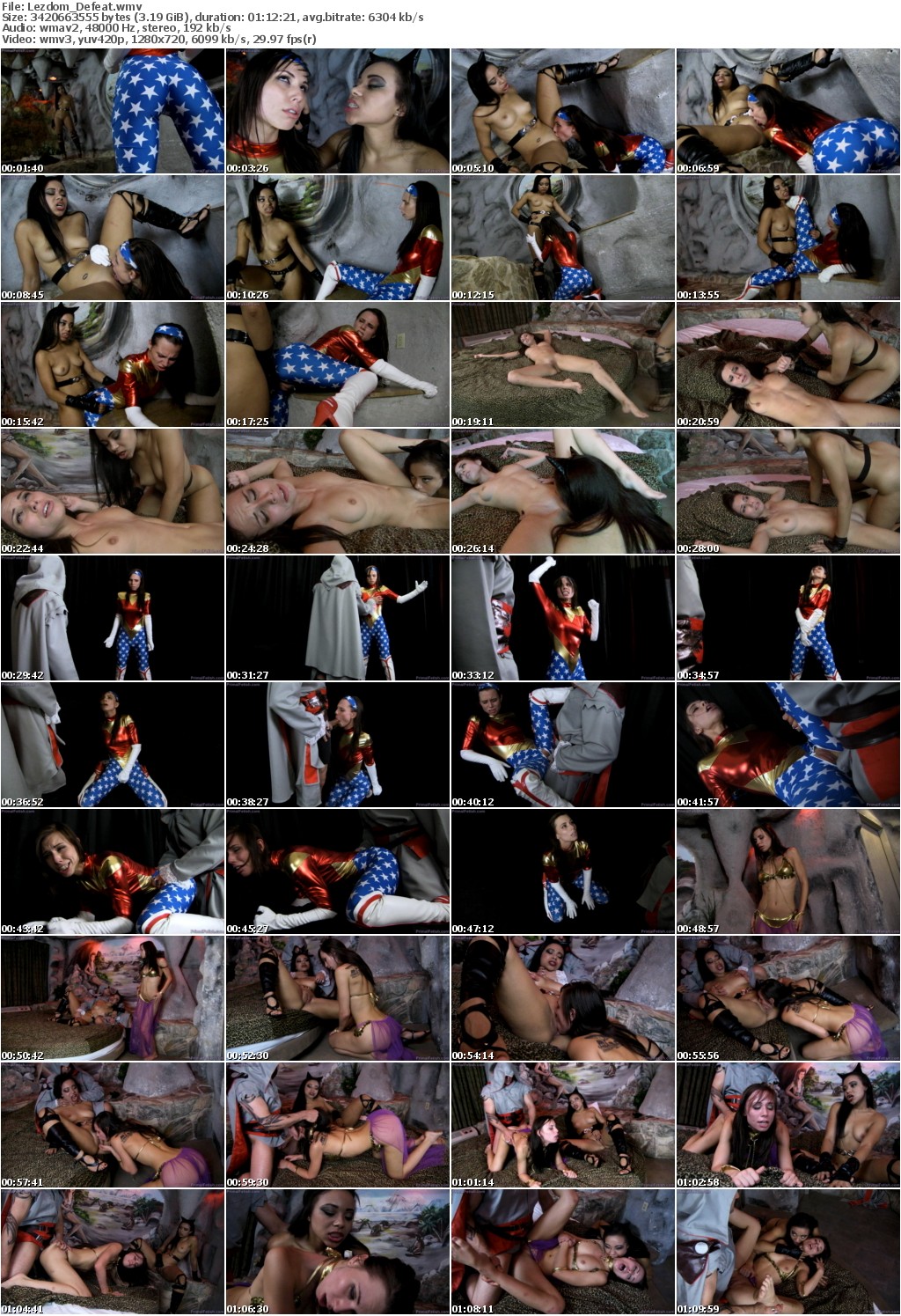 Liberty Star is in her dorm room working hard on her term paper. A message comes in that many superheroines have gone missing. Putting her academics aside she rushes into action. Far below ground she explores an odd cave and finds herself confronted by a feral panther woman that confesses to having eaten the missing superheroines. Liberty Star is horrified but before she can act she is mesmerized by the captivating eyes of the dangerous predator facing her. the Panther Woman explains how she plans to eat LS but not before taking her pleasures. After making the mesmerized supeheroine worship her pussy PW sinks her teeth deep into the back of LS’s neck, putting her out..

LS wakes and finds PW wearing a strap-on. PW explains how she is going to fuck the young heroine. LS leaps to attack but a savage roar from PW takes all of LS courage and strength. PW’s bite has utterly dominated the superheroine and she cannot summon the will to resist.. PW forces LS to suck her strap-on before fucking her mercilessly. After LS is pounded and exhausted PW bites her again putting her totally out and then carrying her limp body to the bed.

Liberty Star is now a slave and must dance for the amusement of the Warlock and his pet panther. She cannot help but be submissive and once her incredibly sensual movements have filled her captors with desire they use her for their pleasure all over again.