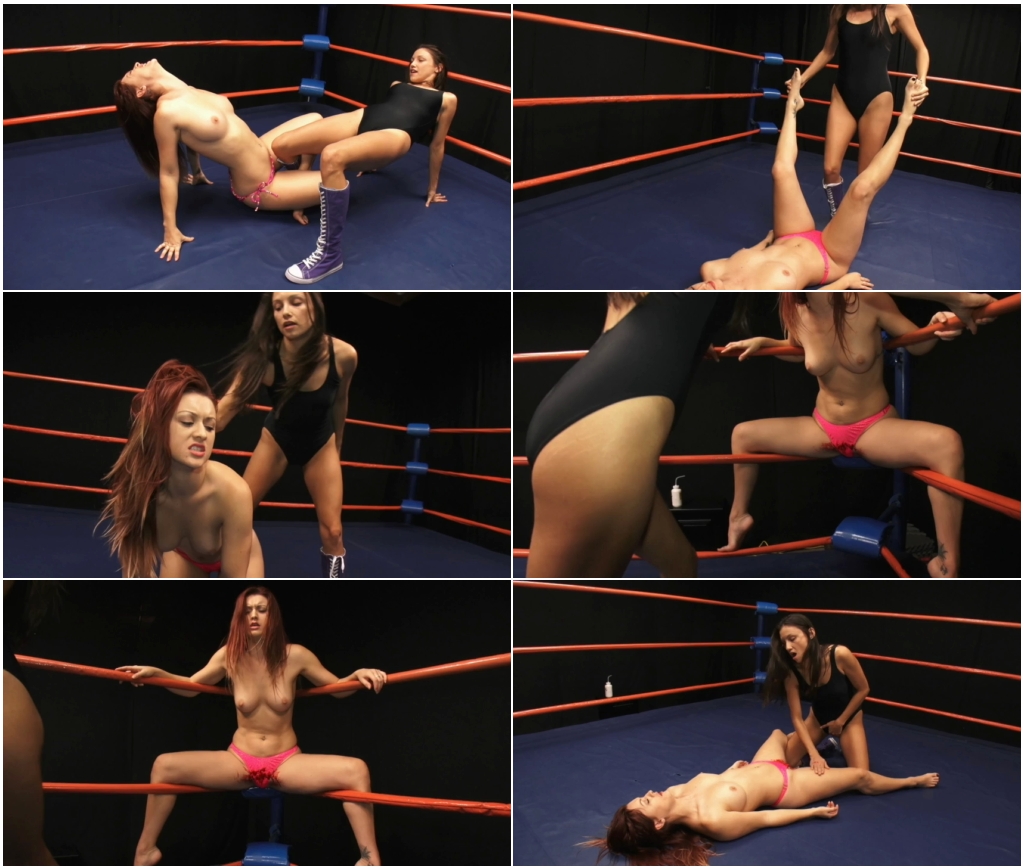 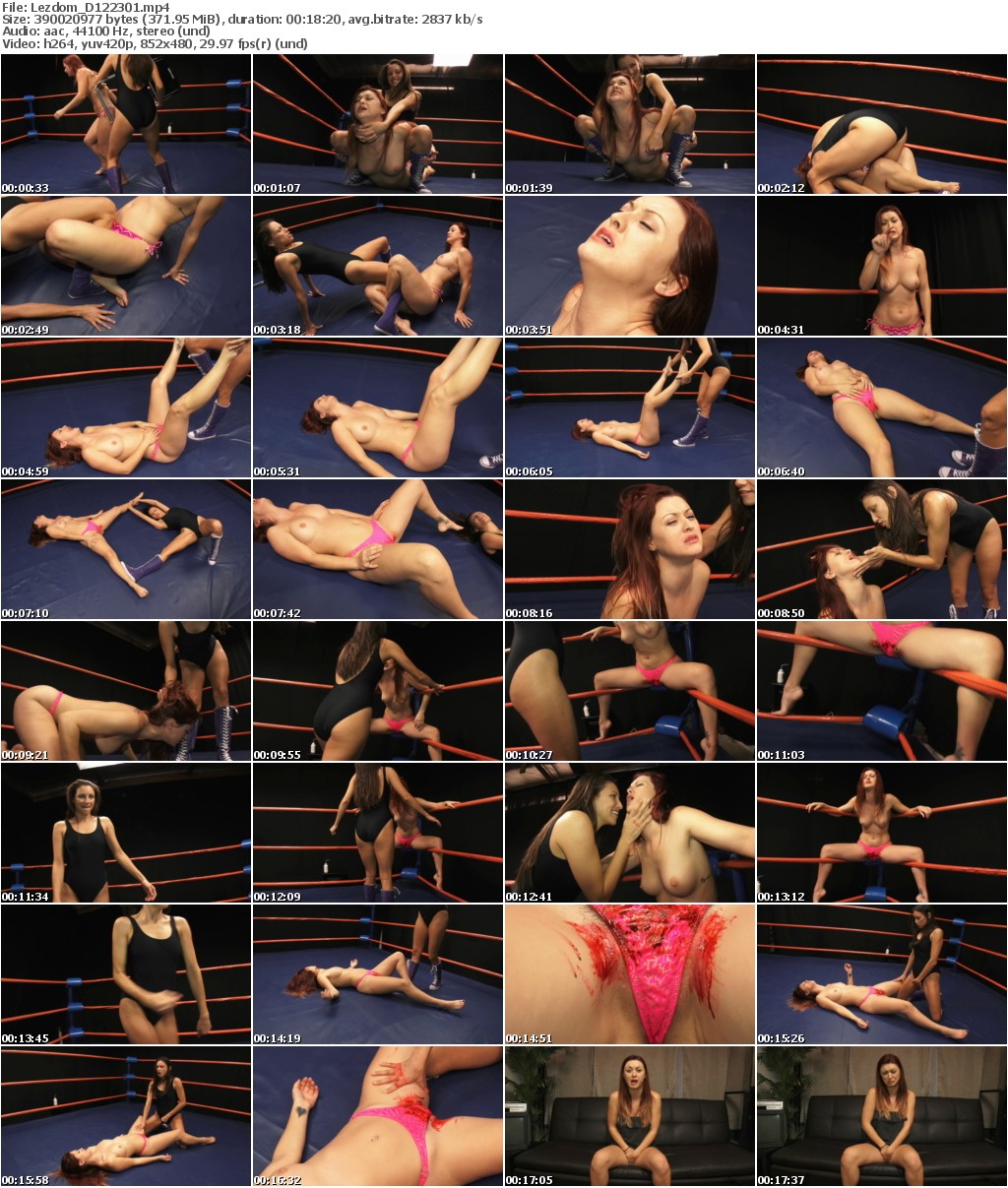 This video begins in the middle of a pro-style match between Celeste Star and Karlie Montana. Celeste is smashing Karlie across the ring with a folding chair. Karlie, wearing nothing but bikini bottoms, is then mounted by Celeste. Karlie screams in agony that she “submits.” However, Celeste ignores her cries and locks the camel clutch in even deeper. In between these scenes of truly graphic female on female violence we cut to interviews with Karlie. The poor girl cries through most of it, but in between the sobs and snot she explains the horrific pain, embarrassment, and lasting damage done to her by Celeste. I must warn any viewer about the explicit torture presented in this video. Karlie’s vagina is beaten until it bleeds, she is then forced to worship Celeste’s body. Celeste then continues to bloody Karlie’s crotch with one hand, as she pleasures herself with the other. Celeste’s multiple orgasms are a terrifying juxtaposition to Karlie’s pain and trauma.
tags:catfight,lesbian domination,lezdom,female wrestling,Scissors,humiliation,submission,forced orgasm,female fighting,ring wrestling,facesitting,KARLIE MONTANA , CELESTE STAR