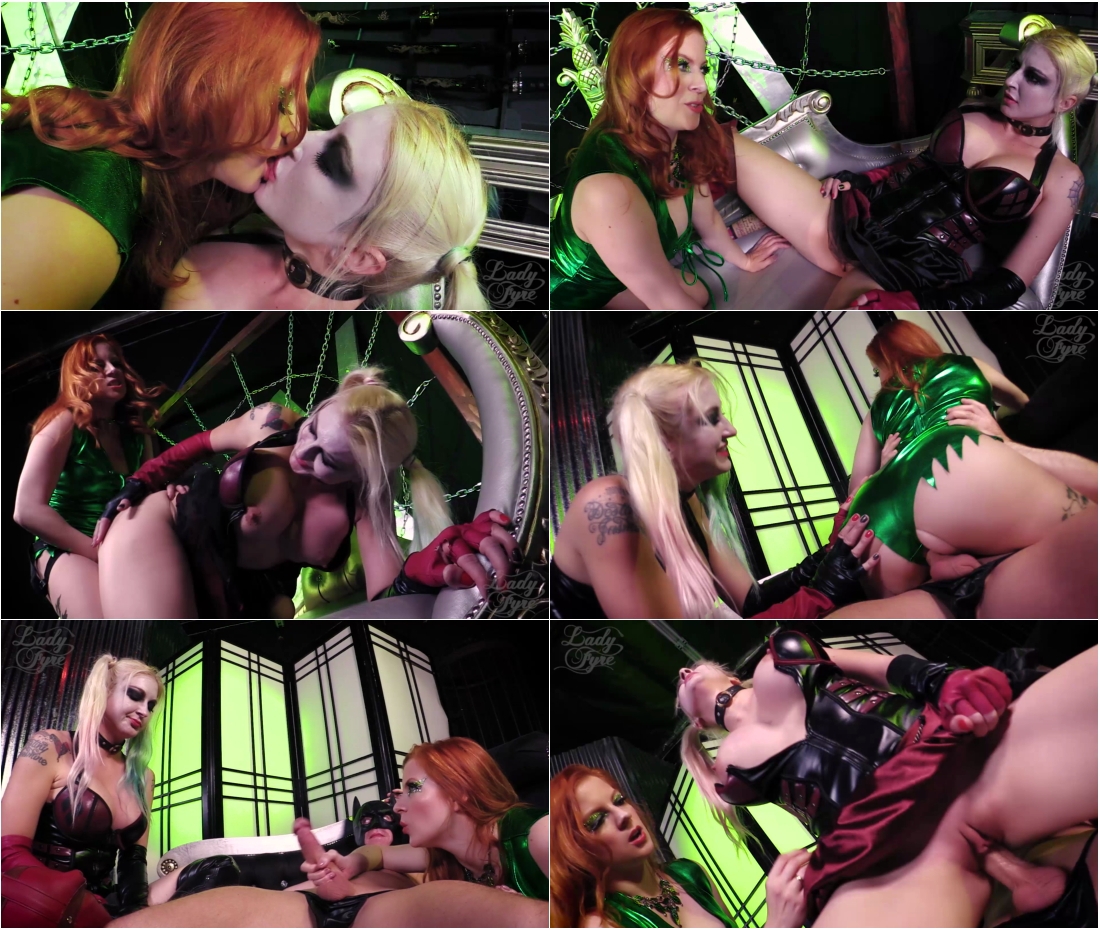 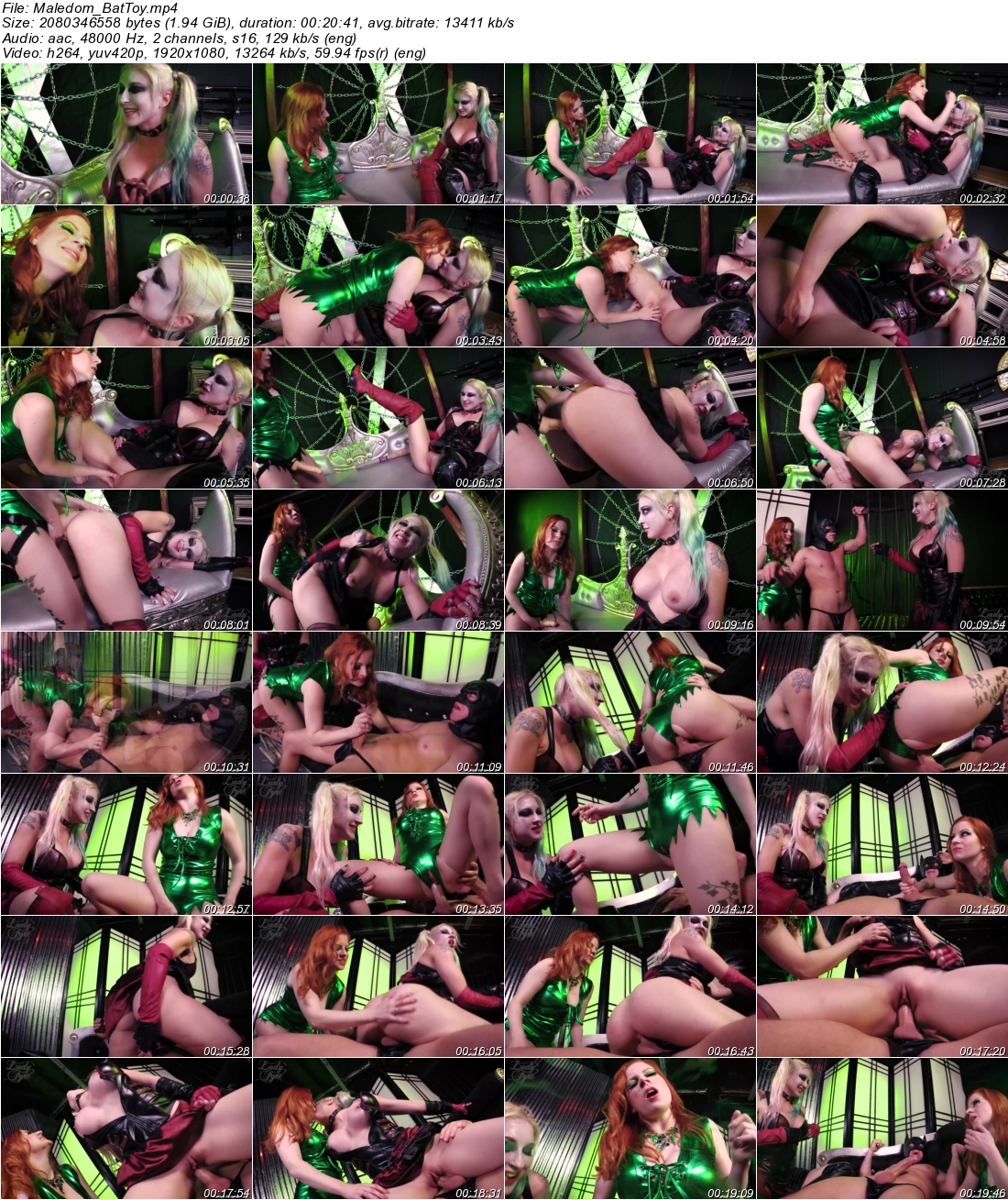 Parody, starring Leya Falcon as Harley Quinn
Part 1: Ivy is relaxing in her lair when Harley bursts in. “Reddddd!! Joker went on a heist without me again. He never lets me have any fun.” Ivy feels bad for Harley & decides to comfort her with kisses. The kisses turn more passionate, and Ivy begins to finger Harley. They’re enjoying their time together until Harley mentions that the Joker goes deeper. Poison Ivy gets jealous & gets the strap-on. “Is this what you mean by deeper?” She pounds Harley until she orgasms. Harley offers to do the same for Ivy, but Ivy has a better toy in mind.
Part 2: Ivy leads Harley to the cage where Catwoman left Batman last time she was over. He stumbles out, obviously still under Ivy’s influence. “That tear gas was supposed to immobilize you,” he stutters. Ivy explains, once again, that she’s immune to such things. Then she starts sucking Bat’s cock. He tries to resist her, but the look on his face says he’s obviously enjoying himself. Ivy climbs on & rides, determined to make the most of her time with this difficult “hero”. When she’s all done with him she encourages Harley to take her turn. Harley is reluctant to cheat on Mister J. “He’s the one who doesn’t want you to have any fun. He wants you to deny your true nature.” Harley agrees. “You’re right Red. Joker doesn’t give a fuck about me.” She attacks Bat’s cock with her mouth, deepthroating him. Then she rides. “See Harley. Isn’t he fun when he’s not interfering with things?” Harley rides until she’s had her fill, then Ivy jumps back on to have an orgasm & release the pheromones that will disable the meddling bat once again.
Blowjob, Clowns, Cosplay, Costume Fetish, Dumb Blonde Fetish, Lesbian, Orgasm Denial, Redheads, Super Villain, Threesome,
Tags:Femdom,Female Domination,superheroine,superheroines,Humiliation,storyline,story line,Mixed Wrestling,mixed fight,Submission,froced orgasm,super hero, superheroine porn,super heroines,superheroines porn,superheroines adult movies