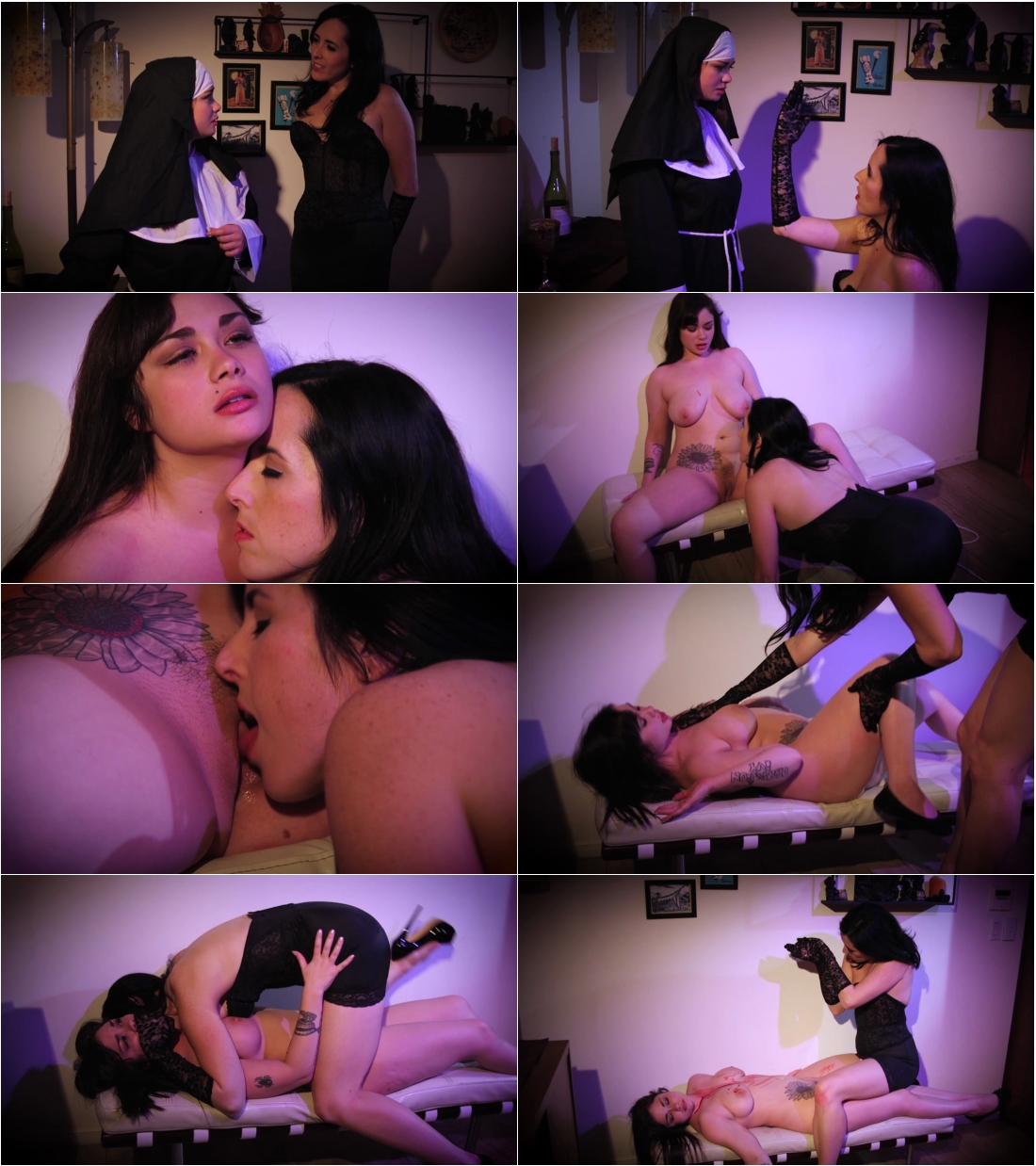 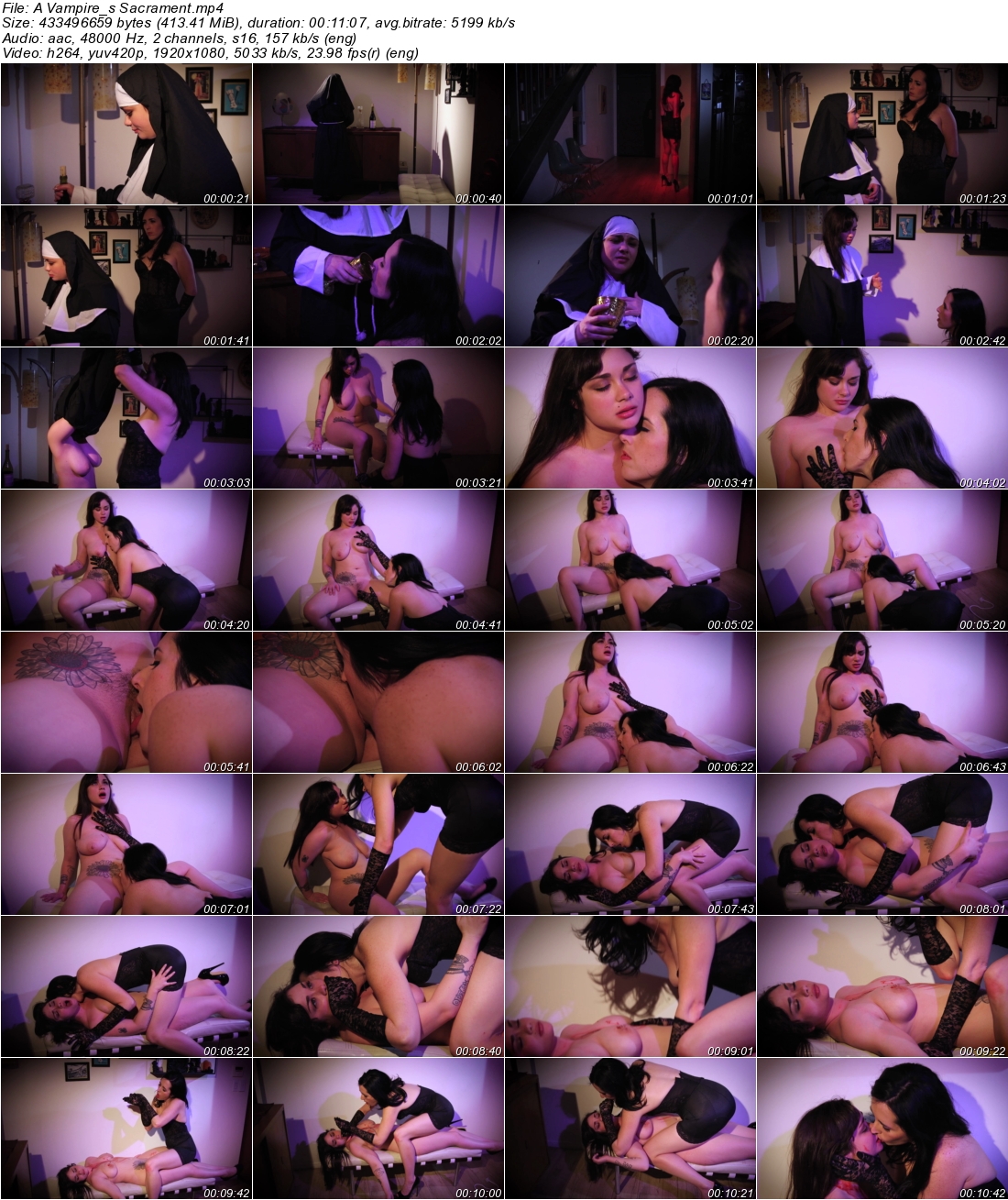 Louise Armana & Dixie Comet
Pious nun, Louise, is preparing the Sacrament for the following morning’s service when a dark and mysterious woman appears out of nowhere as if by magic, startling her. The woman smiles as if to reassure Louise and tells her she is there for communion. Louise insists that the service isn’t until the morning and that there is no priest present to administer it but the woman simply waves her hand in front of Louise’s face and a magical glow emanates from her ring. Suddenly Louise feels compelled to do exactly as the woman asks. She turns and fills the chalice with wine and as the woman kneels before her she puts it to her mouth. The dark woman drinks fully and then pulls away. She opens her mouth wide to reveal sharp fangs and a red liquid dripping from her lips that is most definitely not wine!
Louise screams in shock and terror but the vampire simply waves her hand in front of her face again to make her docile. She pulls off her nun’s habit exposing her huge, natural breasts and sits her on a pew. The vampire kisses seductively down her body, starting with her neck, and finally makes her way to her pussy. She licks Louise’s pussy until she has an orgasm and then pushes her down on the bench, crawling on top of her. Now that Louise is filled with the sexual energy she craves, the Vampire bites her neck and drinks her fill. Afterwards, the vampire bites her own wrist and puts it to Louise’s limp mouth to feed her and start her transformation. Louise slowly begins to drink and then she springs back to life as her eyes fly open and she exposes her newly formed fangs. The vampire kisses her new pet deeply.
Category: VAMPIRE
Related Categories: MAGIC CONTROL NUN FETISH TRANSFORMATION FETISH LESBIAN DOMINATION PUSSY EATING
Keywords: louise armana gothic tranformation fantasies biting big tits monsters & aliens girl-girl forced stripping religious
tags:superheroine,superheroines,lesbian domination,lezdom,story line ,storyline,forced orgasm,submission,humiliation,super hero, super heroines ,superheroines porn,superheroine porn , superheroines adult movies,superheroines fetish,magic power,magic control,fantasy,lesbian sex,lesbian porn,lesbian bondage,spanking,lesbian strapon,slave,slavery,mistress,enslavment